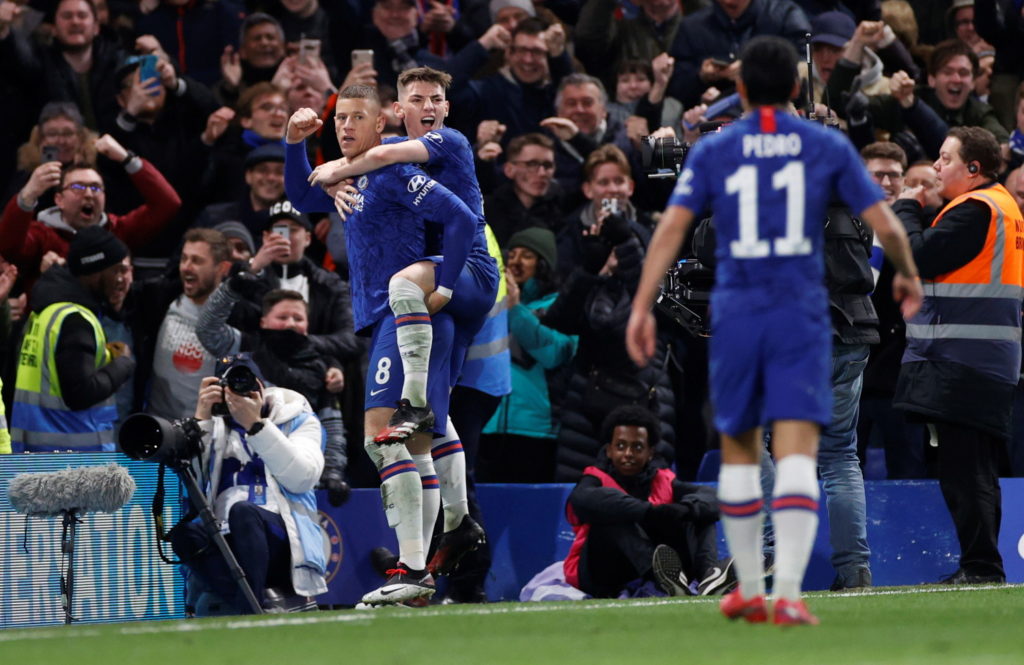 Goals from Willian and Ross Barkley made the difference as Chelsea beat Liverpool 2-0 in the fifth-round of the FA Cup.

Kepa was in action early when he saved a low effort from Sadio Mane but it was the Blues who took the lead on 13 minutes, Willian’s drive from the edge of the area proving too hot for Adrian to handle, squirming out of the goalkeeper’s grasp and into the net.

Marcos Alonso also clipped the top of the next with a free-kick but Liverpool were hardly passengers, Kepa making a fine triple-save after a Cesar Azpilicueta error.

Mane and Kepa’s duel continued soon after with another fine save from the Spaniard but the Blues were well deserving of their 1-0 half-time lead.

Chelsea suffered a blow early in the second half when goalscorer Willian limped off with an injury, but the Londoners were not perturbed, Mason Mount hitting the crossbar with a fine free-kick.

A second seemed to be coming and it did after 64 minutes when Ross Barkley drove through midfield before unleashing a low effort into the bottom left-hand corner of Adrian’s goal.

The tie should have been over a moment later when Neco Williams sold Joe Gomez short, allowing Pedro to run in on goal, only to run out of steam and see his tired effort saved.

Liverpool threw on the big guns, with Roberto Firmino, James Milner and former Chelsea man Mohamed Salah but to no avail as they suffered a second successive defeat following Saturday’s 2-0 reverse at Watford.

On the other side of the coin, it was all smiles for Lampard’s men as they booked their place in the quarter-final draw.