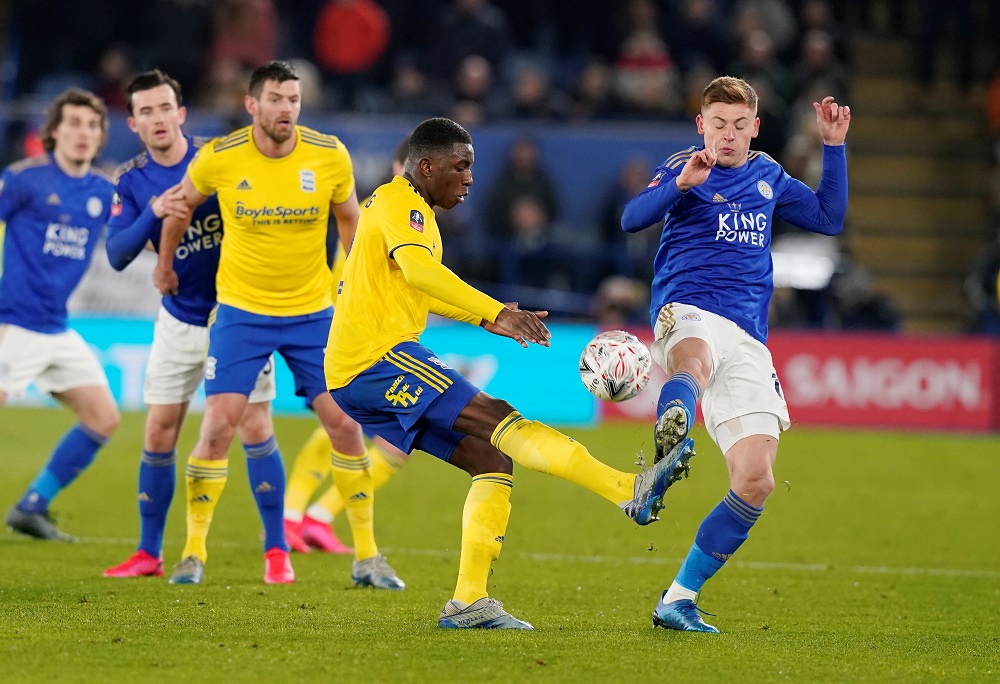 Ricardo Pereira scored the only goal of the game as Leicester City edged a 1-0 FA Cup fifth-round win at home to Birmingham City.

The Foxes showed three changes to the side beaten 1-0 at Norwich City last Friday, with Wilfried Ndidi, Demarai Gray and Marc Albrighton all handed starts.

The visitors made four alterations to the XI who began the 2-2 draw with QPR last time out, with Jake Clarke-Salter, Wes Harding, Kerim Mrabti and Maikel Kieftenbeld all recalled.

The game got off to a quiet start at the King Power Stadium, with home midfielder James Maddison firing over from 25 yards with nine minutes played.

Kristian Pedersen saw a couple of efforts blocked by a home defender before a low-key first 45 minutes drew to a close.

Early in the second half Jonny Evans headed over from an Albrighton cross, before a left-footed Kelechi Iheanacho effort was saved by Lee Camp in the visitors’ goal.

With just over 20 minutes left of the 90 Maddison saw his powerful left-foot drive take a slight deflection before it clipped the crossbar on its way over the Birmingham goal.

Shortly afterwards Iheancho had the ball in the net, but an offside flag stopped the celebrations before they had even begun.

However, the hosts were not to be denied for too long, with Periera breaking the deadlock with eight minutes left to play, the Portuguese defender heading home from an accurate Albrighton cross.