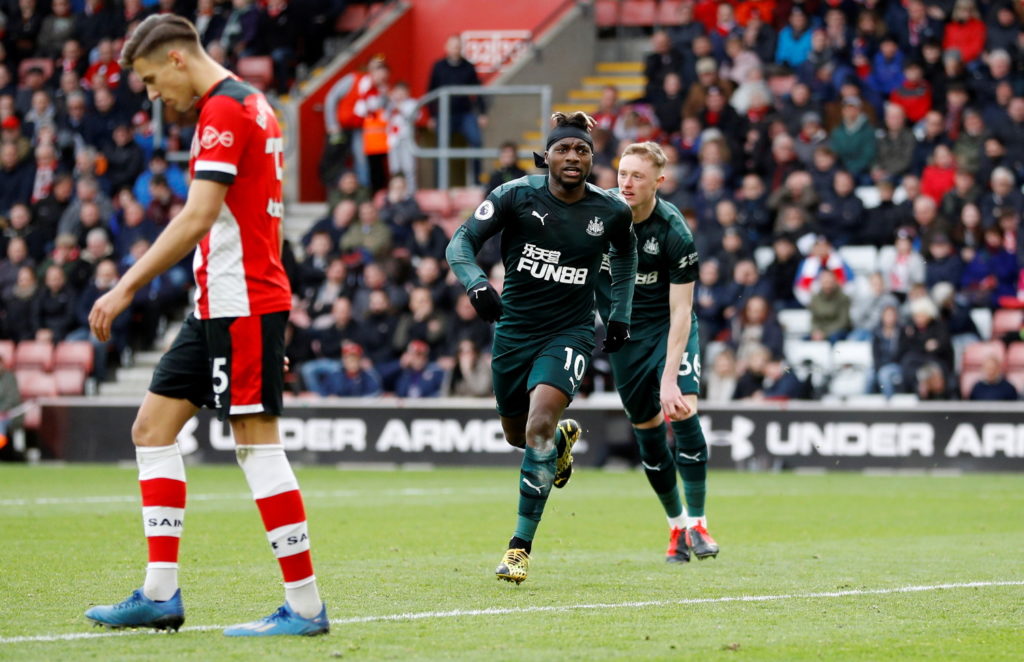 Newcastle United edged another step towards Premier League safety with a 1-0 win against ten-man Southampton at St Mary’s.

Danny Ings, who was on the bench for the 3-1 defeat to West Ham last-time out, returned to the starting XI in one of three changes for Southampton. Moussa Djenepo and Yan Valery also started.

There was just one change in the Newcastle side from their last Premier League outing against Burnley as Allan Saint-Maximin returned.

The Saints started on the front foot and almost went ahead in the fourth minute when Djenepo got a shot off after a goalmouth scramble but Matt Ritchie was on hand to block his effort virtually on the line.

Newcastle responded and went even closer on eight minutes when Alex McCarthy initially did well to deny Dwight Gayle, before blocking Miguel Almiron’s follow-up and he completed a superb treble stop with a one-handed save to prevent Almiron from scoring once again.

The game swung in favour of the visitors just before the half-hour mark when the Video Assistant Referee (VAR) deemed that Djenepo went in late on Isaac Hayden and referee Graham Scott was advised to red-card the Saints’ man.

That visibly lifted the Magpies as Jonjo Shelvey teed up Gayle just six yards out, but again McCarthy was on hand to deny him with an excellent save.

Gayle then fired wide from close range and Jamaal Lascelles was denied by an offside flag when he volleyed in a Ritchie free-kick close to the penalty spot on 36 minutes.

Another VAR incident looked like gifting Newcastle the lead a minute before the break as they were awarded a penalty for a handball against Sofiane Boufal, but the inspirational McCarthy superbly got down to his left to make the save.

Newcastle dominated the early possession after the break, but it was the Saints who created the first real chance when Pierre-Emile Hojbjerg lifted the ball through for Shane Long but he scuffed his effort into the side-netting on 50 minutes

There was a worry for the Magpies when keeper Martin Dubravka went down with a leg injury following a clash of legs with Ings, but he was okay to continue after treatment.

The Slovakian shot-stopper had his injured leg tested out of nothing on 73 minutes when he was forced to get down to parry away a speculative 25-yard strike from Long.

It was Newcastle who finally broke the deadlock against the ten men on 79 minutes when Saint-Maximin pounced on some sloppy play by Valery and coolly slipped the ball past McCarthy and in off the right-hand post to end his side’s seven-hour and 20 minutes wait for a league goal.

The win moves Newcastle up to 13th place, one point ahead of the Saints with both sides looking like staying in the top-flight this season.