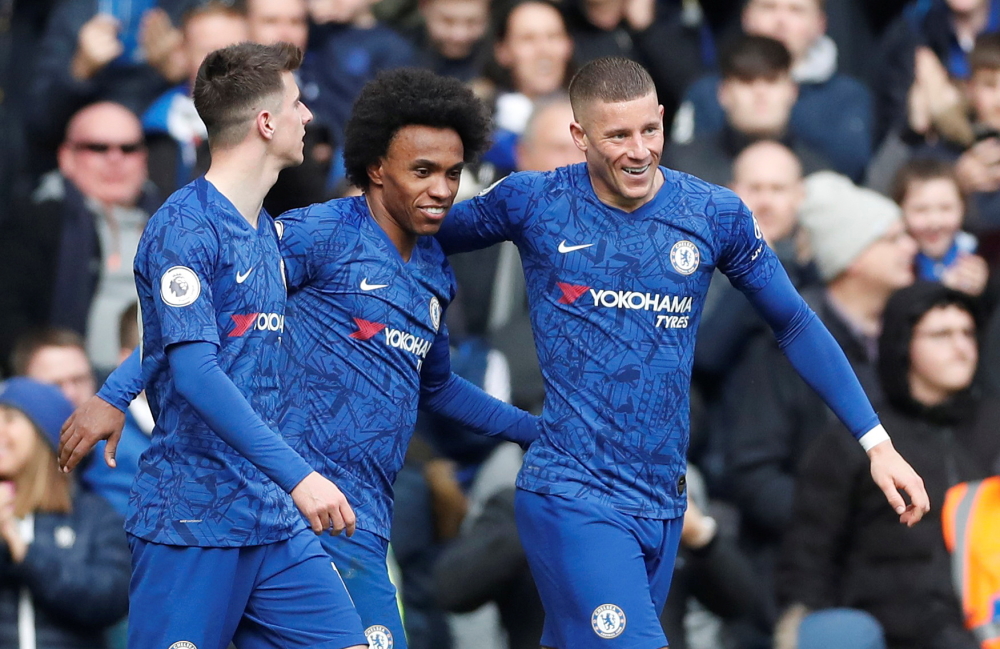 Chelsea were out of the blocks quickly, taking full advantage of a subdued Everton side as they raced into a 2-0 lead after just 21 minutes via goals from Pedro and Mason Mount.

The second half didn’t get any better for the Merseysiders either as they were again undone by the Blues’ one and two-touch passing, Willian and Olivier Giroud putting the game beyond doubt.

It would have been an even bigger margin of victory were it not for Jordan Pickford as Ancelotti suffered his joint-heaviest league defeat as a manager on his old stomping ground.

For Chelsea, they have now put some daylight between themselves and the chasing pack in the race for fourth as Lampard’s men made a statement of intent.

It was all Chelsea right from the off and they could have been ahead after just seven minutes, Willian’s bouncing cross having been met sweetly by Mason Mount but Everton goalkeeper Pickford was alive to the danger, making a great reaction stop.

The opener did eventually arrive in the 14th minute when Pedro was able to cut in from the left and found Mount with his pass, the Blues midfielder turning and getting his shot away in a flash as he found the back of the net for his sixth goal of the season.

Pickford then had to make a smart save to keep out Willian’s low drive as Chelsea kept Everton under constant pressure early on.

With Chelsea creating chance after chance, a second was inevitable and came in the 21st minute when ex-Everton midfielder Ross Barkley played in Pedro to coolly slot home and double the home side’s lead.

Dominic Calvert-Lewin should have pulled one back for Everton midway through the first half but unusually for the Toffees’ topscorer he missed the target when one-on-one with Kepa Arrizabalaga.

Chelsea’s defence didn’t give Everton a sniff in the main and it was no surprise that six minutes after the restart they grabbed a third, the inspirational Willian being given time and space on the edge of the box as he fizzed a shot into the bottom corner.

Three minutes later and the Blues had a fourth, Willian’s cross finding Giroud at the far post and, on the stretch, the French striker poked the ball home.

Pedro twice went close to adding to Chelsea’s tally as they cruised across the finish line on a day when they finally turned all their possession into goals.