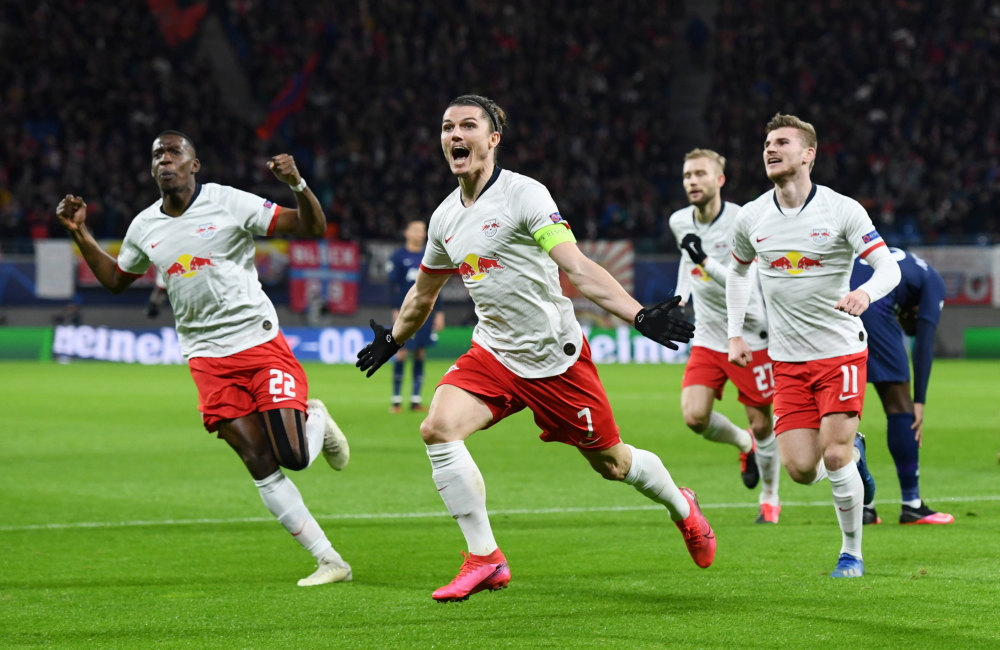 Tottenham's Champions League campaign ended with a whimper as they were swept aside by RB Leipzig in the second leg of their last-16 tie on Tuesday.

Last season’s Champions League runners-up were consummately outplayed from start to finish at the RB Arena as a first-half brace from skipper Marcel Sabitzer effectively put the tie beyond Jose Mourinho’s men.

A third goal late on from Emil Forsberg just confirmed the German side’s dominance and condemned Spurs to 12th year without silverware.

Tottenham changed to a 3-5-2 in an effort to make up for their attacking deficiencies with Steven Bergwijn the latest casualty to join Harry Kane and Heung-min Son in the treatment room, but never looked comfortable and deservedly fell behind after 10 minutes.

Leipzig’s topscorer was given too much time in the box, his shot hit Eric Dier before the ball fell to Sabitzer on the edge of the box, the home side’s skipper drilling his shot beyond the outstretched hand of Hugo Loris.

Werner then had the ball in the back of the net eight minutes later, only for the offside flag to cut short the celebrations but the Germans didn’t have to wait long for a second.

Angelino was a threat all evening down the left and his cross was met by the Sabizter. The midfielder’s header caught Lloris by surprise and the French goalkeeper couldn’t keep it out.

Werner twice went close to adding to Leipzig’s tally, forcing Lloris into a decent save on one occasion as Mourinho’s men found themselves exposed time and time again.

Leipzig took their foot off the gas after the half-time interval but still kept Tottenham at arms’ length, the visitors managing just two shots on target in the entire 90 minutes.

Julian Nagelsmann’s men always posed a threat on the counter and eventually got the goal their performance deserved three minutes from full-time, Angelino’s cross dropping for substitute Forsberg to strike home with one of his first touches since replacing Sabizter.

Leipzig can now look forward to a first Champions League quarter-final in their history while Mourinho has a lot of work to do to make Spurs competitive in Europe again with a top-four finish now the best the north London side can hope for this season.