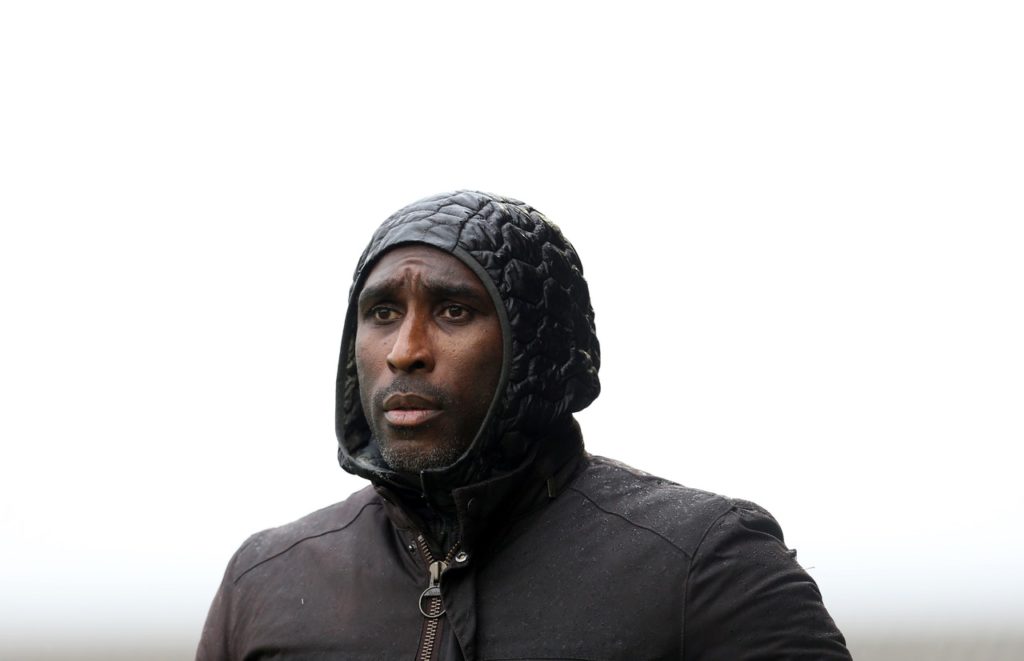 New Southend manager Sol Campbell was encouraged by the Shrimpers’ performance in their 3-1 defeat to Ipswich.

Campbell took over at the League One strugglers earlier this week and watched on as his new side were hammered 7-1 by Doncaster.

Despite starting his reign with a defeat at Roots Hall, Campbell was boosted by aspects of the display.

‘There were a lot of positives,’ said Campbell.

‘We started off well and we should have had a goal because it shouldn’t have been disallowed.

But that’s how it goes sometimes when you’re at the bottom.

Sometimes you don’t get the rub of the green.

‘ The Shrimpers remain second from bottom in the League One standings.

But Campbell was pleased his side kept going right until the end.

‘The main thing for us was we didn’t give up and we got a goal,’ said Campbell.

‘They didn’t throw the towel in and that pleased me a lot.

They gave everything and if we keep that attitude things will change and we will get the rub of the green.

‘They worked hard, probably the hardest they’ve worked for some time.

That’s the level but we have to build on that now.

‘ The Shrimpers – who have not won for seven games and sit eight points from safety – did have an early Kiernan header ruled out for offside.

But Ipswich hit back to open the scoring in the eighth minute when James Norwood latched onto Kayden Jackson’s through ball to fire home with Southend goalkeeper Mark Oxley rooted to his line.

Ipswich doubled their lead in the 70th minute when Jackson’s left wing cross picked out Norwood who sent a low, left footed shot into the bottom right hand corner of the net from 12 yards.

Six minutes later, Town extended their lead even further with Jackson firing home from close range after Nolan’s effort had been parried out by Oxley.

The Shrimpers netted a consolation effort in the 83rd minute with substitute Emile Acquah scoring the first senior goal of his career from close range.

But, by then, the damage had already been done.

And Ipswich boss Paul Lambert felt his side thoroughly deserved the three points which sent them back to the top of the table.

‘I was pleased with how we’ve handled the situation here with the new manager coming in for Southend,’ said Lambert.

‘It was important we got the first goal and I thought our front two – James Norwood and Kayden Jackson were a handful the whole game.

‘Norwood is a unique kind of guy, he’s old school but that’s a compliment.

They played really well together and I’m really happy they both got goals.

‘It was a well deserved win and all three of the subs who came on made an impact as well so there’s plenty to be pleased with.

‘There are some really good things going on at the moment and if we can keep that going, lets see where that takes us.

‘The squad is good, the character is good and the way we play is really pleasing.’