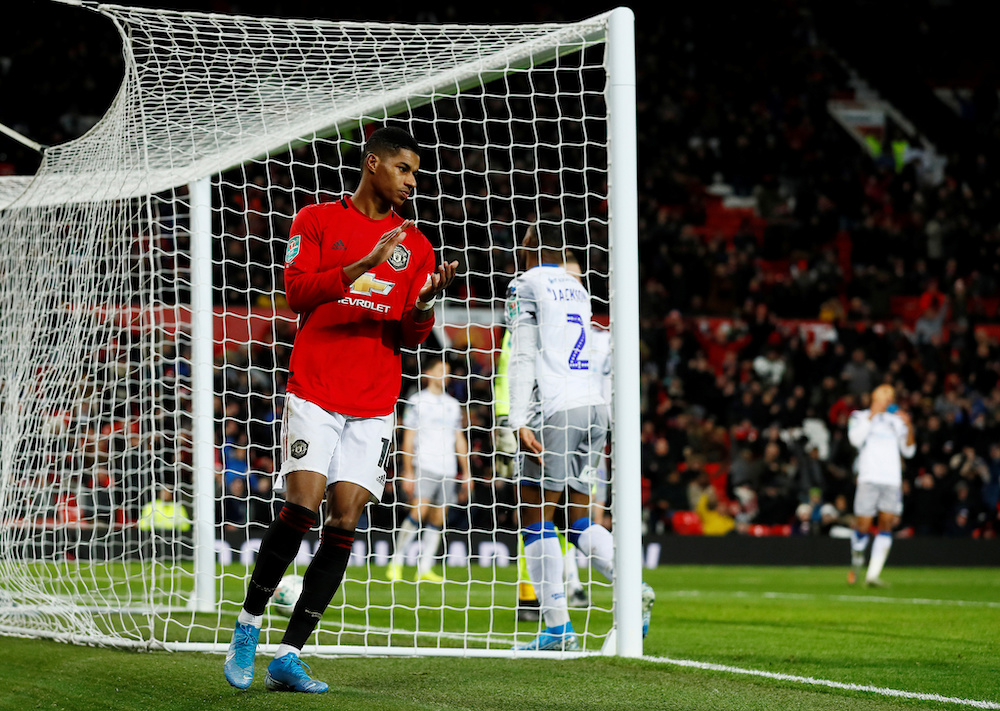 Marcus Rashford scored one goal and set up Manchester United's third as they got the better of Colchester to reach the Carabao Cup semi-finals.

United boss Ole Gunnar Solskjaer had described this as a “big” game for his side and chose his side accordingly, handing starts to Rashford and Anthony Martial.

However, despite having 80 per cent possession in the first-half, Solskjaer’s star-studded line-up couldn’t make the break through and had to wait until after the interval to kill off their League Two opponents.

In a devastating 10 minute spell, Rashford scored a brace Anthony Martial was also on target as they ended Colchester’s storybook run in the League Cup.

Rashford just couldn’t take advantage of the chances presented to him, firstly taking a bad touch when played through on goal by Andreas Pereira ending an opportunity to grab the opener.

Pereira set the England international on his way again but once more he failed to make the most of the opportunity as United laid siege to the Colchester goal.

Having survived the first half, Colchester came out with renewed belief after the interval and put United under spells of pressure, only for more attacking approach to prove costly.

Having been frustrated in the first half, Rashford lashed in his 14th goal of the season after United had quickly turned defence into action, unleashing the England striker who cut past two defenders before finding the top corner.

Just like buses, two goals came along in quick succession for the Red Devils, a cross in from the right being turned into the back of his own net by Colchester defender Ryan Jackson under pressure from Rashford.

The floodgates were open at Old Trafford and United notched a third inside a 10 minute spell, Rashford turning provider as Martial slide in to finish off a slick passing move from close range.