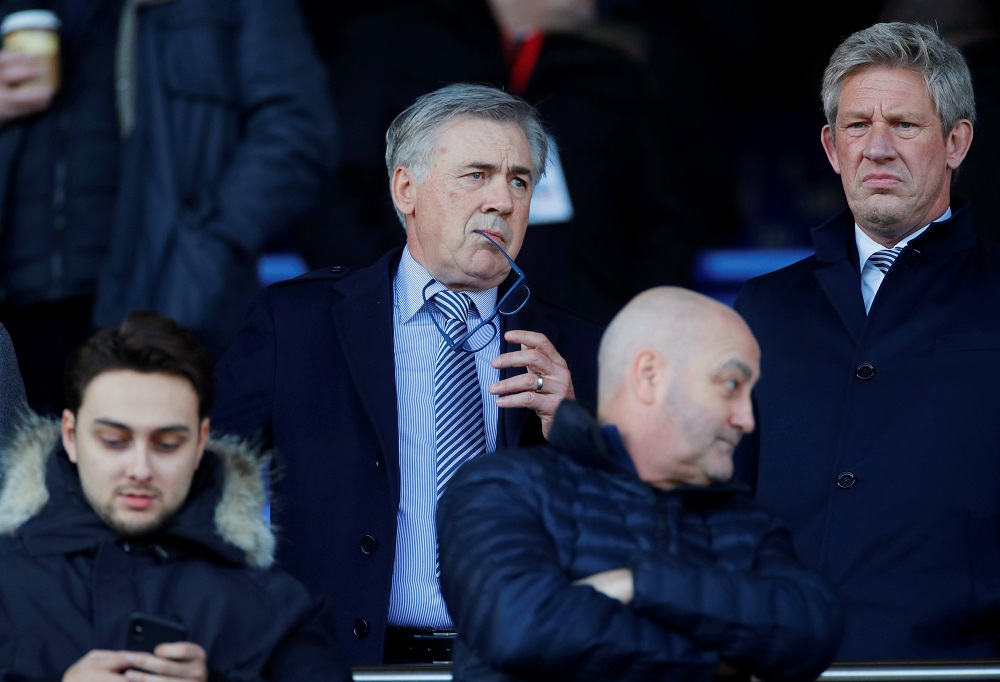 Everton boss Carlo Ancelotti says he has inherited a "good squad" but admits he will speak to the club's hierarchy about potential January signings.

The Italian has enjoyed the perfect start to life in charge of the Toffees, making it two wins out of two with a hard-fought 2-1 success at Newcastle United last weekend.

The fixtures continue to come thick and fast for the ex-Napoli and AC Milan boss as he prepares to take his team to Manchester City on New Year’s Day, followed by a Merseyside derby encounter with Liverpool in the FA Cup third round on Sunday.

With so much on-field action to focus on, the 60-year-old says any thoughts of spending in the January transfer window have been delayed until after the meeting with the Reds.

It is understood Ancelotti sought assurances from the Everton board regarding the ability to add to his squad in January before taking the job, making new arrivals next month seem highly likely.

Ancelotti’s arrival at Goodison Park has coincided with the club being linked to a whole host of players, including an ambitious move for Real Madrid playmaker James Rodriguez.

A reunion with Dries Mertens, who Ancelotti recently worked with at Napoli, has also been mooted but the three-time Champions League winning-coach is keeping his list of targets close to his chest.

Ancelotti has also indicated he’s happy with the options at his disposal in a lot of positions, recently singing the praise of Dominic Calvert-Lewin, who has scored three times in two games since the Italian took over.

“The market is not open yet. It opens tomorrow,” Ancelotti said in his pre-match press conference ahead of the trip to Man City. “There are a lot of rumours, that is normal. Everywhere in the world is like this.

“After the 5th of January we will have a meeting with the club and see if it is impossible to improve the squad. It is, in my opinion, a good squad.”