Home News Wagner has faith in Nubel to perform

Wagner has faith in Nubel to perform 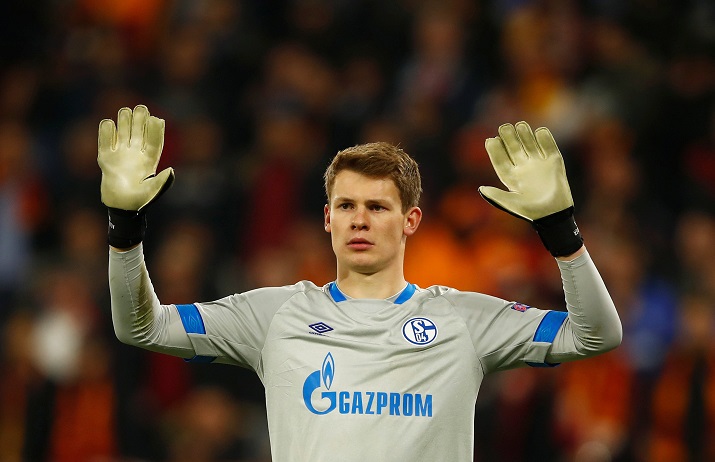 Schalke boss David Wagner says he has full confidence in Alexander Nubel to perform at his best until he departs for Bayern Munich.

The keeper has agreed a move to Bayern Munich which will take place in the summer.

The 23-year-old is out of contract at the end of the season and Bayern have snapped him up on a free transfer, the youngster signing a five-year deal at the Allianz Arena.

He is expected to compete for a place with Manuel Neuer but is likely to be an initial backup for the German World Cup winner.

He announced earlier on this season that he would not be renewing his current deal with Schalke and has handed the captaincy on to Omar Mascarell.

"We tried everything to convince Alex to stay. Unfortunately it didn't work out.#s04 | 🔵⚪️ | #S04inSpain pic.twitter.com/O8mYzOSaJR

And, despite the fact he is set to move on in the summer, Wagner believes he will continue going about his work in a professional manner despite no longer being captain.

“Alex and I came to an agreement that we had to choose a new captain,” Wagner told the club’s official website.

“That doesn’t mean that Alex isn’t still a very important part of our group. I’m in no doubt Alex will give everything he can until his last game for this club.”

The former Germany-Under 21 international has been with Schalke since 2015 after joining from Paderborn’s youth team.

He made his first-team breakthrough last season, playing 18 times in the Bundesliga.

Currently, he is serving a ban following a red card in his last game at home to Frankfurt before Christmas.

After rushing out of his box, he poleaxed oncoming forward Mijat Gacinovic and was shown a straight red.