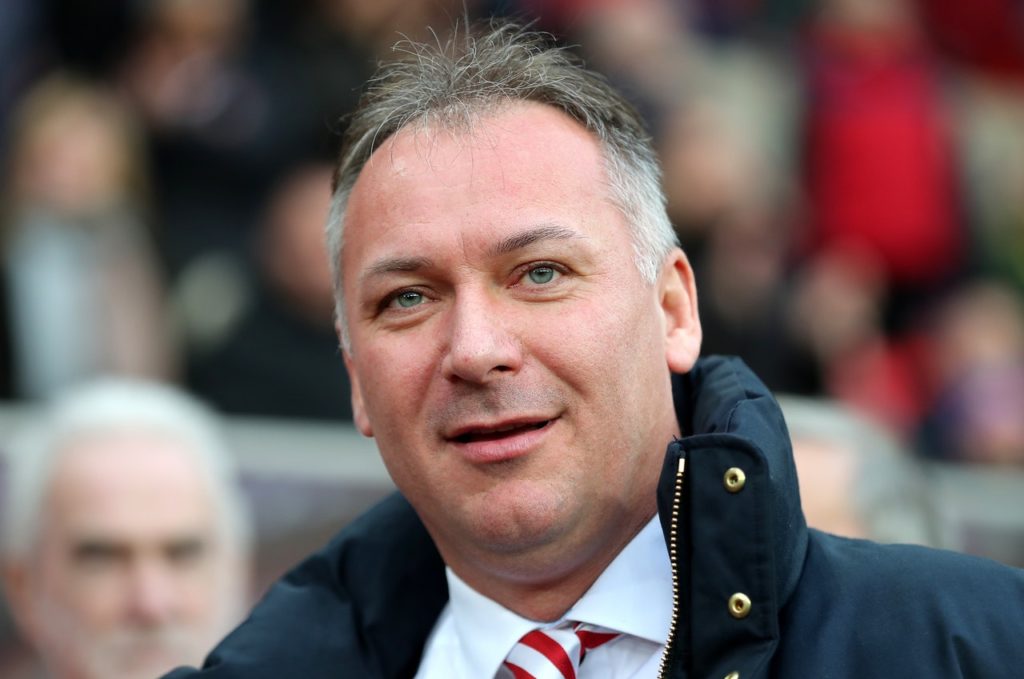 After confirming the club is up for sale, Sunderland owner Stewart Donald has called for a united front at the Stadium of Light.

Donald says he wants to maintain his attempts to sell the Black Cats without it derailing the team’s bid for promotion from League One this season.

Sunderland have confirmed the former Eastleigh chairman’s intention to find a buyer after fans’ groups joined forces to urge him to go after a disappointing first half of the season.

Donald initially signalled his intention to sell up in a radio interview over the weekend and, with that process now ongoing, he has urged supporters to get behind manager Phil Parkinson and his players after vowing to push ahead with plans to strengthen the squad this month.

“We would like to place on record our thanks for the wonderful support we have received from SAFC’s phenomenal supporters,” Donald said.

“We would also like to reassure those loyal fans that we are placing sufficient funds in the club to support the manager as he seeks to improve the first team in the next few weeks. Finally, I just ask that fans now unite to support the players and the coaching staff.”

Donald bought the club from previous owner Ellis Short in May 2018 after back-to-back relegations had taken them from the Premier League to the third tier.

However, having missed out on promotion via the play-off final last season, he dispensed with the services of manager Jack Ross in October and his appointment of replacement Parkinson did little to win over disgruntled fans.

Seven points from the last nine on offer have edged Sunderland into ninth place, just one point off the play-offs, although Donald has been stung by the concerted calls for his exit.

A club statement said: “Given these circumstances, and Stewart Donald’s sincere commitment on his arrival at Sunderland AFC that ‘I won’t out-stay my welcome’, the board feels that it has no option but to sell the club.

“That process has now commenced. Owing to confidentiality agreements, there will be no further updates until a preferred bidder is identified.”