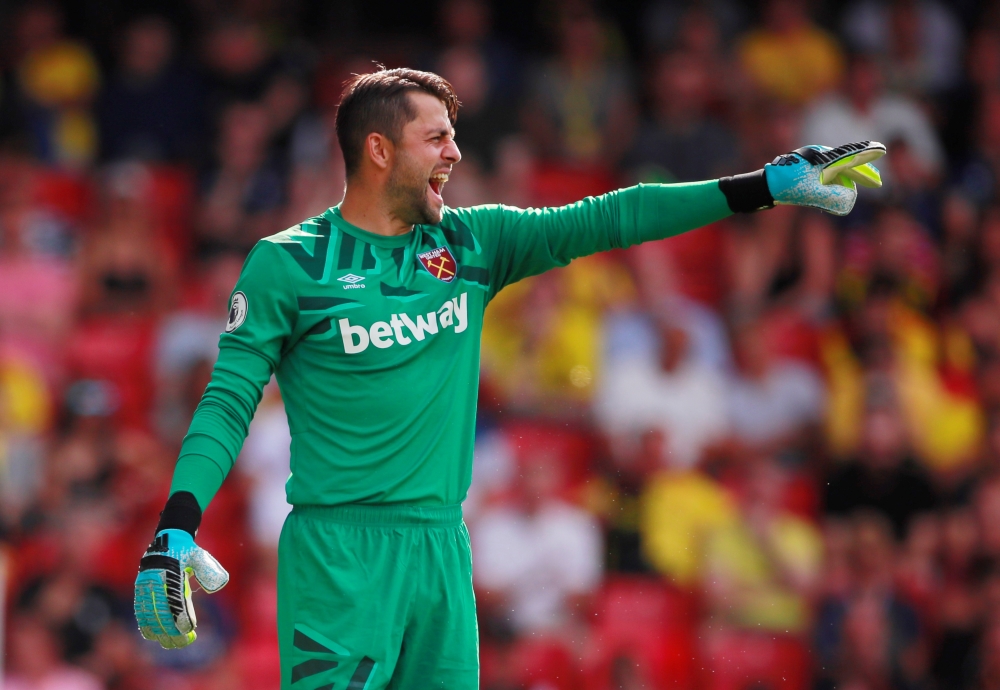 West Ham have been handed a major fitness boost with the news that goalkeeper Lukasz Fabianski only faces a couple of weeks on the sidelines.

Poland international Fabianski, who arrived at the London Stadium from Swansea City in June 2018, lasted just 13 minutes of Friday night’s 1-0 defeat at Sheffield United as he was forced off the field of play at Bramall Lane after hurting his hip taking a goal kick.

There were huge fears the 34-year-old goalkeeper had suffered a recurrence of the injury he originally sustained at Bournemouth in September, also while taking a goal-kick, which required surgery and sidelined him for three months.

However, a scan on Monday has shown that the injury is not serious, and he could be back in time to face Premier League leaders Liverpool at the end of the month.

West Ham’s head of medical Richard Collinge said: “It is good news in the sense that Lukasz hasn’t aggravated or suffered any recurrence of the previous injury. The scan has showed some slight inflammation and irritation of scar tissue, which is quite common after surgery, and obviously the source of the discomfort he felt on Friday.

“We now just need to let the inflammation settle down and expect Lukasz to be available again within a couple of weeks.”

West Ham will be glad the assessment of Fabianski’s injury is short term after the issues the club have had in the keeping department this season.

In the Poland keeper’s absence earlier in the campaign, Spaniard Roberto deputised for much of his original spell out, but a series of errors saw the Hammers plummet down the table, which would end up costing Manuel Pellegrini his job.

David Martin, signed as the club’s third-choice keeper over the summer, replaced Fabianski at Bramall Lane but his mistake led to the game’s only goal.

West Ham have been trying to re-sign former goalkeeper Darren Randolph from Middlesbrough, but he too has had injury problems this season and his medical has been drawn out for several days.