Home News The curse of the goalless striker

The curse of the goalless striker 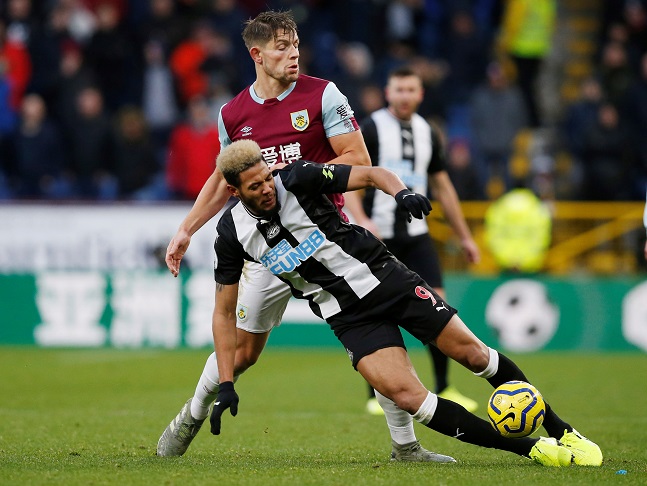 Newcastle's Joelinton has failed to score in his last 22 top-flight appearances but he is still some way off setting an unwanted Premier League record.

Magpies supporters would have been hoping that, for that kind of fee, the 23-year-old would hit the ground running in the Premier League, but the evidence suggested he was never going to be prolific, as his previous best record for goals in a single season was eight during his time in Austria with Rapid Vienna.

Indeed, Joelinton’s only top-flight goal to date came against Tottenham in August and he has now gone 1,856 minutes without scoring in the league.

However, despite what looks a disastrous run of goalscoring form on paper, Joelinton is still a long way from becoming the forward to go the longest amount of games without scoring in the Premier League – indeed, he doesn’t even come close to breaking into the top-10.

There are some big-name international players that do make that top-10, however, including two-time African Footballer of the Year El Hadji Diouf, who went 40 games without registering a goal, including going the entire 2003-04 campaign without scoring.

Iain Dowie is probably better known for his punditry work these days, but the former Northern Ireland international was a regular feature during the early Premier League era, but technically he is still on his 40-game goalless streak, with his last top-flight goal coming in 1996.

Three strikers have been on 45-game goalless runs with Ronny Rosenthal, who is perhaps more famous for missing an open goal for Liverpool against Aston Villa in 1992, Brian McClair and Richard Cresswell having all achieved that unwanted feat.

However, three players are head and shoulders above the rest when it comes to goaless runs, with former West Brom and Stoke forward Saido Berahino having gone 48 games without a top-flight goal.

The 26-year-old first burst on the scene during the 2014-15 season with the Baggies, scoring 14 times and even earning an international call-up with England, but things started to unravel after that when he attempted to force through a move away from the club.

Berahino failed to score in his final four league appearances for Albion before joining Stoke for £12million in 2017, where he failed to score in a further 44 games, a run that was only halted by the Potters relegation from the Premier League.

Berhino took 913 days to score his first goal for Stoke in any competition and he can now be found playing in Belgium with Zulte Waregem.

Some would argue that Berahino actually holds the Premier League record for goalless strikers, as the two players above him on the list, Luis Boa Morte and Alan Smith, were not out-and-out forwards.

Boa Morte had been a regular scorer at the likes of Arsenal, Southampton and Fulham, as well as during the early part of his West Ham career, but the goals dried up towards the end of his time with the Hammers.

The former Portugal international went the entire 2007-08 and 08-09 seasons without scoring a league goal – a run of 56 games – and he only registered once in the top-flight during his final four campaigns with the club.

Smith’s record, on paper, looks even worse, as he went 70 games without a top-flight goal, but he was converted into a defensive midfielder during that time.

However, it is still a surprise to see that the now 39-year-old failed to score a single top-flight goal between 2005 and 2012, a run that saw him play 18 games for Manchester United and 52 for Newcastle.

So, Joelinton still has a long way to go just to be Newcastle’s least productive forward of the Premier League era, never mind the divisions, but in this day and age, it does not feel like he will be given an opportunity to get near that record anyway.