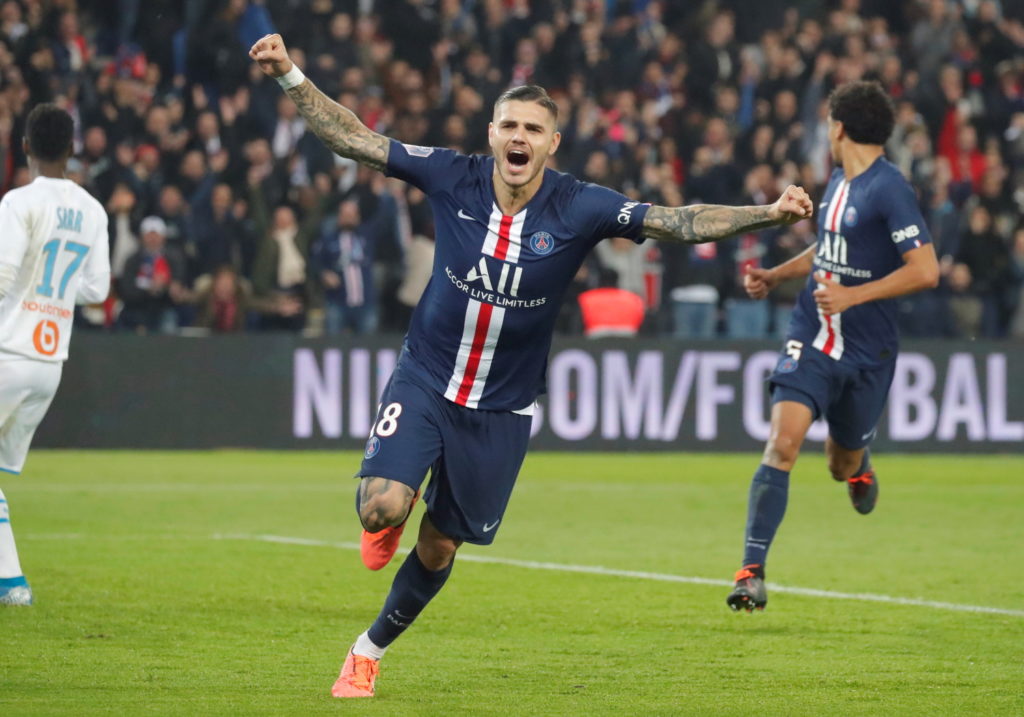 Mauro Icardi's wife and agent says she cannot say for sure where the striker will play next season as doubts surround his future with Paris Saint-Germain.

Icardi got off to a fast start at the Parc des Princes after arriving on a season-long loan from Inter Milan and the Parisians looked sure to push for a permanent move at the end of the season.

However, some reports are now claiming that PSG have gone cool on the idea and may switch their attentions elsewhere as they look to bolster their attack.

Icardi had to settle for a place on the bench during the Champions League encounter against Borussia Dortmund on Tuesday night and that could be a true indication of how PSG are thinking.

There is no shortage of interest from elsewhere either with Real Madrid and Juventus also said to be in the hunt.

His agent and wife, Wanda Nara, had always dismissed talk of a move to Juve, but her tone has softened, which would also suggest they may have to look for other options.

“Will Mauro go to Juventus? I really don’t know,” Nara told Chi magazine. “I don’t know if next season we will return to Milan or Paris. In football you never know.

“He will choose and we will follow him. It’s difficult for you to argue because I know Mauro very well and I know exactly what he wants as a footballer and what makes him feel good as a man.

“I will follow him in his choices as wife and as his agent for extra security.”