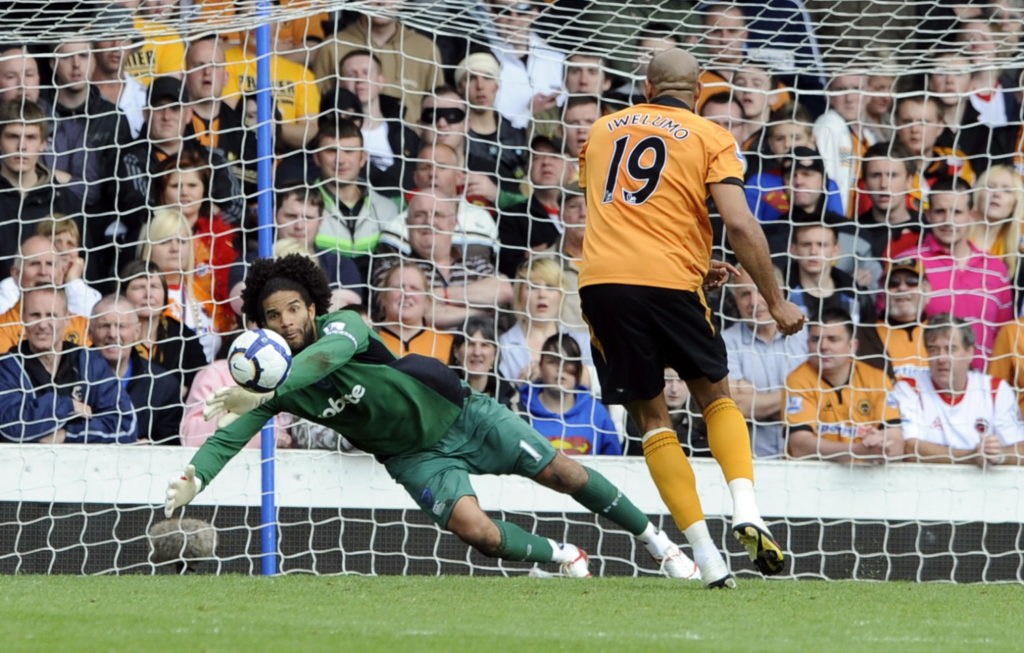 With the Premier League launching a Hall of Fame, it got us thinking about some alternative players who may deserve a spot.

The first two inductees are set to be announced in March with the Premier League due to then release a list of further nominees.

The only requirements for induction are that you must be retired and that any players’ case for inclusion will be based solely on their performances in the English top flight.

While the likes of Alan Shearer, Ryan Giggs, Frank Lampard and Patrick Vieira look set to go straight in during the first two waves of inductees, there are plenty of players who will have to wait their turn or who might not even get close to being inducted, despite earning places in football folklore.

Of course, some names in this article might not want to take up their place in the hall of fame for reasons that will become clear, but for most, it would be a badge of honour.

Let’s start with one of the biggest characters to ever pull on a pair of goalkeeping gloves in David James.

The start of his career coincided with the dawning of the Premier League era, making 214 appearances for Liverpool between 1992 and 1999. The ex-England stopper then enjoyed a nomadic existence as he enjoyed stints with Aston Villa, West Ham, Manchester City and Portsmouth before dropping out of the top-flight.

For a man who played getting on for 1,000 matches, 572 of which came in the Premier League, his trophy cabinet is surprisingly empty with just two winners’ medals with his name on from the League Cup and FA Cup.

Away from the field, James was part of the infamous ‘Spice Boys’ group at Liverpool who helped to popularise football in the mid-90s. Even if James doesn’t get in, at least one of the cream Armani suits he helped pick out for the 1996 FA Cup final should be included.

At the other end of the field, Kevin Campbell’s involvement in helping save two clubs from relegation deserves recognition. He’s best remembered for his time at Everton, where he finished as the club’s top scorer three seasons on the bounce.

Campbell was originally brought to Goodison as an emergency loan signing in March with the Toffees firmly stuck in the relegation mire. However, a return of nine goals in eight games from Campbell helped save the Merseysiders from the drop and he then repeated the feat towards the end of his career at West Brom.

With 8 games remaining, Everton were heading for relegation in the 1998/99 season. #EFC signed Kevin Campbell, he scored 9 goals in the 8 games and kept the Toffees up!! 🔵 pic.twitter.com/C45acxWGir

Again, Campbell joined mid-season when Bryan Robson signed him in January 2015 and he helped change the fortunes of Albion as they became the first team to have been bottom at Christmas to go on and survive.

Away from James and Campbell, who would likely welcome being inducted, and on to those who have made a few bits of unwanted Premier League history.

Firstly, it takes a special kind of player to keep picking themselves back up when they’ve been knocked down and Nathan Blake and Hermann Hreidarsson are specialists in that department.

No one else has been relegated from the Premier League as often as those two with both dropping out of the top flight a remarkable five times each.

Hreidarsson went down with Crystal Palace, Ipswich, Wimbledon, Charlton and Portsmouth and has continued that trend in management, failing to save Icelandic outfit Fylkir from the drop.

Richard Dunne is no stranger to relegation either but he holds a much more unique distinction having picked up the most red cards and scored the highest number of own goals in Premier League history.

The Irish defender put through his own net 10 times during his time in the top flight, while he also collected eight red cards, although that didn’t stop Manchester City fans voting him their Player of the Season four years on the bounce.