Howe hails Cook return as midfielder battles back into side 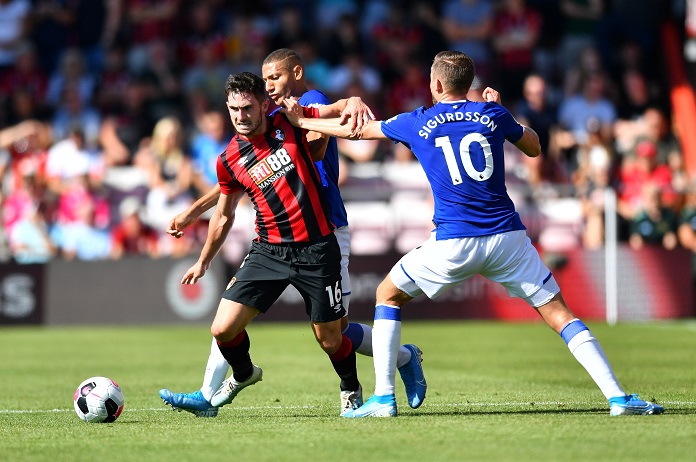 Bournemouth boss Eddie Howe has backed midfielder Lewis Cook to get back to his best in the future as he fights his way back from a long term injury problem.

The England midfielder has suffered a mixed season and has found first-team opportunities hard to come by.

Cook returned to the side for the draw with Chelsea on Saturday, which was his first start since New Year’s Day, but Howe says he has been working very hard behind the scenes and his attitude has been brilliant.

The former Leeds United playmaker has had to be content with a place on the substitutes’ bench recently and, prior to the Chelsea game, he was an unused sub against Aston Villa, Sheffield United and Burnley.

Howe says he was delighted with the midfielder’s contribution to the side in their clash with the men from Stamford Bridge as they battle for points to try and pull away from the relegation places in the Premier league.

The Cherries boss told the Echo: “He did really well. I was very pleased.

“He has been patient. He has had to wait for his opportunity back in the team but I thought he did very well on Saturday.”

Cook has been plagued by injury since the start of the campaign and only made his return to the first team squad in mid September after a long spell out of the side with an anterior cruciate ligament in his right knee.

Cook has started 10 games for the Cherries in their season to date and Howe is pleased with the progress he has been making from his injury and the work he has been doing with the club physios and coaches behind the scenes.

Howe believes there is still a lot of work to do before he reaches his full potential in the side and says they are, in effect, nursing him back to full fitness from what was a very serious injury.

“I was delighted for him on Saturday because his process to coming back to full fitness from that serious knee injury hasn’t always been a smooth one,” Howe added.

“Everyone will just see what happens on the pitch but behind the scenes he has been top class.”