PSG to return with big bucks for Lazio ace 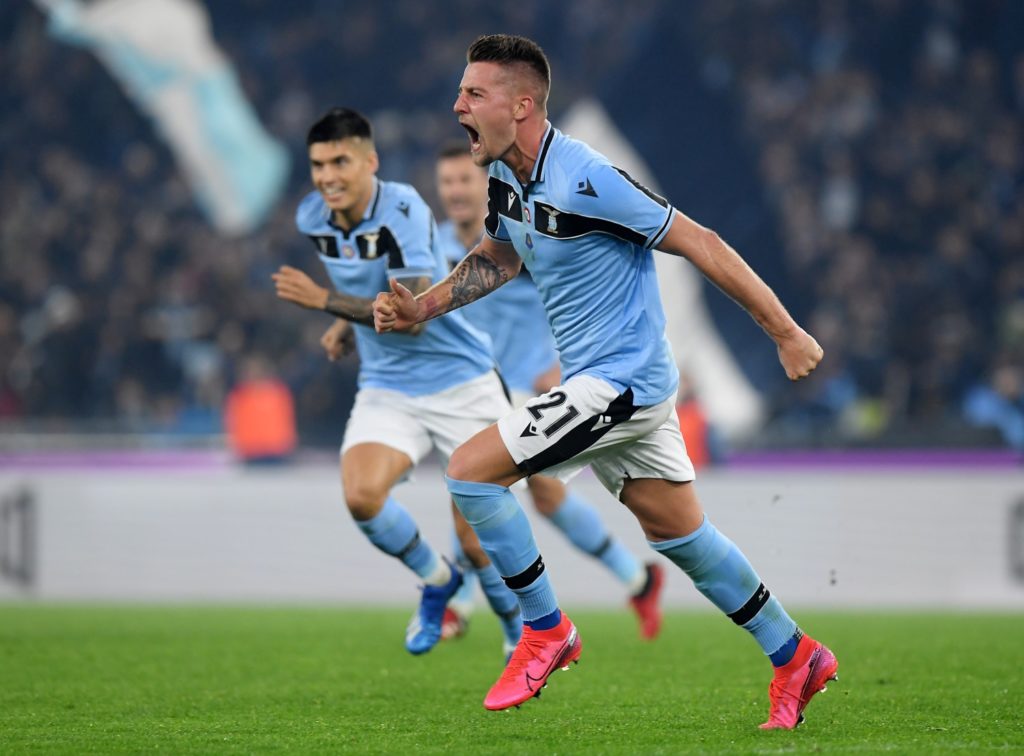 Paris Saint-Germain will reportedly target Lazio midfielder Sergej Milinkovic-Savic with a huge offer in the summer.

The Ligue 1 giants were linked with the 25-year-old two years ago but balked at the Rome club’s asking price of €100million.

However, it seems as though they are now willing to match that valuation with the way that the Serbia international has developed over the past couple of seasons.

La Gazzetta dello Sport are reporting that PSG are happy to pay the asking price set by Lazio president Claudio Lotito although they are not the only club keen on the talented schemer.

Premier League big-hitters Manchester City, Chelsea and Manchester United are all said to have had the player watched at times this campaign and may try to rival any offer that comes from the Paris outfit.

#Lazio midfielder Sergej Milinkovic-Savic could move to Paris Saint-Germain in the summer, with the French side preparing a mega offer for the Serbian.#Lazio #PSGhttps://t.co/iZ34uxQ8m7 pic.twitter.com/PhwGM9nHML

The Spanish-born ace is in his fifth season with the Biancocelesti and has improved year-on-year, with five goals and seven assists in all competitions this season.

His performances have helped the Stadio Olimpico outfit to the top of the Serie A standings, where they are just keeping their noses in front of Juventus and Inter Milan.

PSG are seemingly waltzing to yet another Ligue 1 crown, with a 12-point advantage over second-placed Marseille and a game in hand, but coach Thomas Tuchel is not resting on his laurels.

Their game at Strasbourg this weekend has been postponed due to the coronavirus outbreak and next up is Wednesday’s Champions League last-16 second-leg clash with Borussia Dortmund.

The Germans hold a 2-1 advantage but the capital club will be confident of overturning that next week.