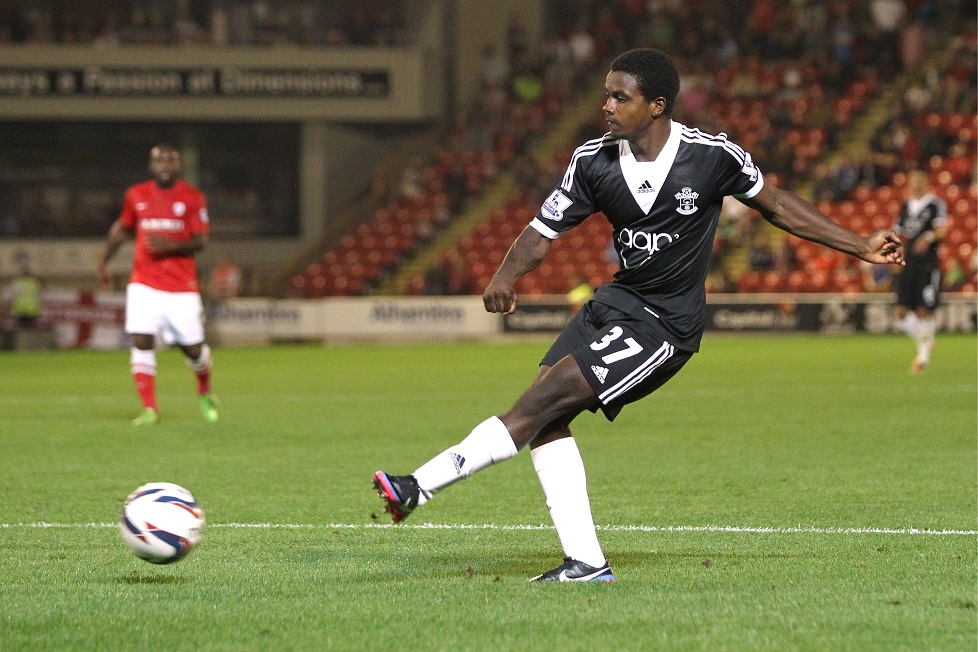 Barnsley have been linked with a summer swop for ex-Southampton striker Omar Rowe, who has been impressing in the seventh tier of English football.

The Sun report that Rowe, who currently plays for Hayes and Yeading United, is being pursued by Barnsley, Portsmouth and Peterborough United.

The 25-year-old came through the youth ranks at Southampton where he was tipped for big things under then-manager Mauricio Pochettino. He appeared for the Saints first-team in the FA Cup and scored 10 goals in 29 Under-23 games.

But he gradually dropped down the divisions in the UK before embarking on a three-year spell in Cyprus.

He’s now back in England and catching the eye in the Southern Premier South with 14 assists and 13 goals in 21 games.

Omar Rowe scores a screamer with the outside of his left boot!!

A move for Rowe would not be a huge surprise for Barnsley given their recruitment strategy in recent times, which has centred around discovering players at lower levels and giving them a platform to develop.

The Tykes signed a teenage defender from the Essex Senior League in January and he has been a regular in Martin Devaney’s Under-23 side of late.

And chief executive officer Dane Murphy told the Yorkshire Post this week that the club’s policy of buying young, up-and-coming players with potential sell-on value has not been watered down, despite the signings of two experienced players in January.

Boss Gerhard Struber brought in two senior players from the Austrian Bundesliga in 26-year-old midfielder Marcel Ritzmaier and defender Michael Sollbauer, 29, to bolster his side’s bid to stay in the Championship.

Murphy told The Yorkshire Post: “The philosophy is what it is and we have guidelines in our model. Are they hardline guidelines? No – they are soft. If the circumstances come where we have to step outside our parameters, we will do so as we showed in January.

“This is a long-term approach to keep the club self-sustaining and financially responsible. We will not move out in a way that would damage that criteria. But there are special circumstances in which we will abandon and find ways to make sure that the club is as successful on the field as possible.