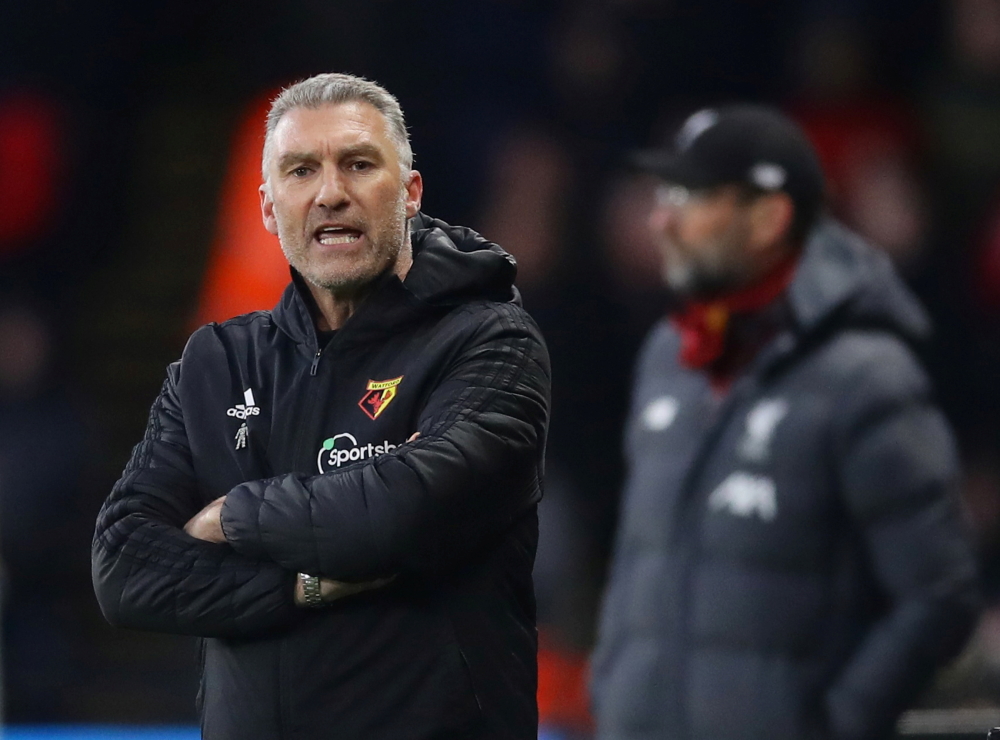 Nigel Pearson says Watford have tried to take all precautions but feels it is inevitable the coronavirus will have a big affect on the club.

The Hornets have confirmed that one member of the squad has undergone a test for coronavirus after displaying symptoms this week but has yet to receive the results.

Pearson also revealed that other players have stayed at home after complaining of feeling ill and that resulted in the head coach taking the decision to cancel training on Thursday.

Pearson went ahead with his pre-match press conference on Friday morning, ahead of the Premier League confirming the season has been suspended until April 4, and admitted it had been difficult to prepare normally for their scheduled game against Leicester this week in light of the crisis.

The ex-Leicester boss says the main priority for the club remains the well-being of the players and their families but admits it will be difficult to avoid being impacted directly.

“It’s not an easy situation to be involved in. We don’t have anybody with a positive result, but I think in the current climate it’s pretty inevitable we will have contact with someone who either has the virus or who has recovered from it,” he told the Watford website.

“In the meantime, we will continue to be vigilant and do what is the right thing for the well-being of everyone who works for this football club.”

Pearson went on to criticise what he described as a “lack of leadership” from Prime Minister Boris Johnson following his address to the nation on the state of the coronavirus pandemic on Thursday.

Watford are one of several Premier League clubs to have already been impacted by the coronavirus with Arsenal and Chelsea seeing both their squads enter self-isolation.

The Gunners are self-isolating after head coach Mikel Arteta tested positive, while the Blues did the same following the news Callum Hudson-Odoi had contracted the virus.

One member of the Everton squad and Bournemouth goalkeeper Artur Boruc are also self-isolating after reporting having symptoms of the illness.