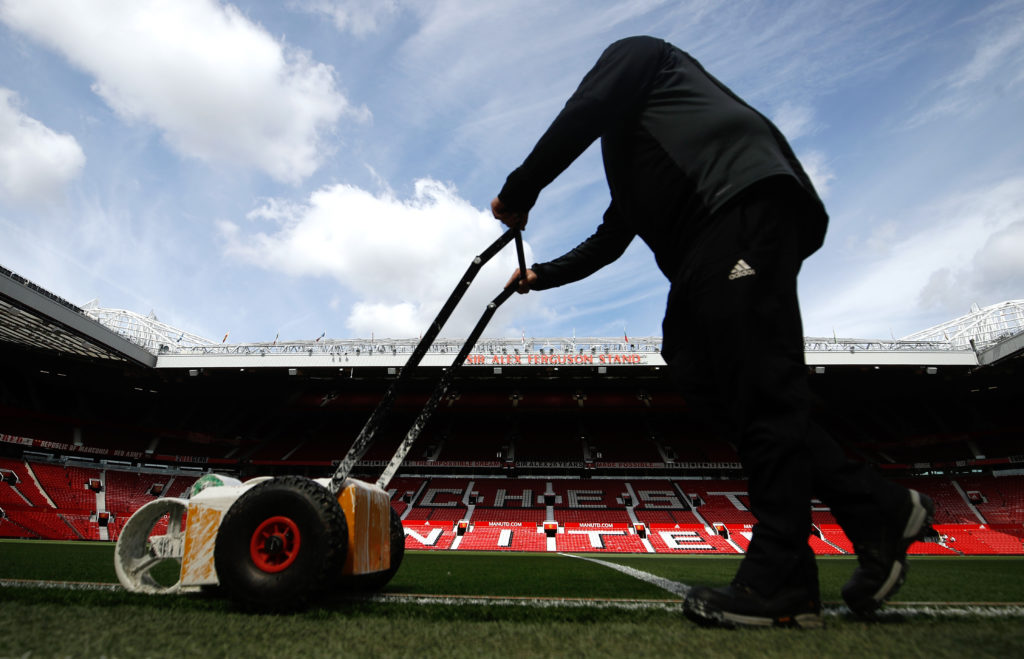 Southampton become the first Premier League club to reach agreement with their players on wage deferrals.

The world of sport continues to pull together to respond to the coronavirus pandemic, with Manchester United supporting the NHS and Southampton’s players agreeing a wage deferral.

Having delivered more than 3,500 gifts to NHS staff in the area on Wednesday, the Manchester United Foundation’s 16-vehicle fleet has been put on standby with volunteer drivers available to support courier.

The Foundation is continuing to work with the children of key workers and United have donated medical equipment and consumables to the Salford Royal.

Staff, particularly those with a reduced workload, are being encouraged to volunteer for the NHS or in their local communities, while Old Trafford has been placed on a reserve list as a possible temporary blood donation centre.

Sir Alex Ferguson, who has first-hand experience of the NHS after suffering a brain haemorrhage in 2018, said: “I’m delighted we are now recognising the importance of our NHS – as I experienced two years ago after they saved my life – the response to this pandemic has been magnificent and has made me proud of the way the club and the British people have rallied round to help. Well Done.”

United’s announcement came after Southampton became the first Premier League team to announce an agreement with their players over wage deferral during the crisis.

Saints have announced measures to help the club and non-playing staff through the ongoing Covid-19 pandemic.

Fellow Premier League sides Tottenham, Newcastle, Norwich and Bournemouth have said they intend to utilise the Government scheme, with Liverpool reversing their decision to do so following widespread criticism.

However, the chief executive of NHS Charities Together has welcomed Premier League players getting together to help the service cope with the impact of the coronavirus pandemic and said: “This is what footballers have always been like.”

Premier League players have received criticism since the pandemic took hold in the UK, with health secretary Matt Hancock saying last week they should “play their part” and take a pay cut to help as part of a national effort.

Prior to Hancock’s comments, talks had been under way between top-flight players about how they could best contribute funds to the NHS, and on Wednesday night a large number of players posted on social media about the #PlayersTogether initiative.

The NHSCT, an umbrella organisation which provides a national platform to smaller charities spread across the UK, will distribute funds from the players to the areas which need it most, as part of an overall GBP 100million fund-raising effort.

Ellie Orton, the NHSCT’s chief executive, said she could not understand the criticism which had come the players’ way, as her experience of footballers had been nothing but positive.

“Our experience of footballers has always been absolutely fantastic – they have always really supported charities,” she told the PA news agency.

What they wanted to do here is come together as players and say ‘NHS, we’re rooting for you, we’re behind you’, and hopefully that can inspire other people to do the same.

Elsewhere in sport, Australia’s proposed Test cricket tour of Bangladesh in June has been called off.

The tour was due to count towards the World Test Championship, the finals of which are set for June 2021.

Cricket Australia said in a statement that rescheduling will be a challenge, with the T20 World Cup, Tests with Afghanistan and India, home and away series with New Zealand and a tour of South Africa kicking off from October.

“Postponing the tour is regrettable, but I would like to thank the Bangladesh Cricket Board for the open, honest and responsible discussions that led us to this mutually-agreed position,” Cricket Australia CEO Kevin Roberts said.

Captain Tim Paine turns 36 in December and said: “I hope they don’t push it back too far for my sake, that’s for sure.

“Some series have been cancelled and whether ones going forward are going to be continually cancelled or we’re going to postpone them (is uncertain).

“Maybe the players are going to have to go through a period where we play quite a bit of cricket if we want to complete the Test Championship as it is.”

Elsewhere in Australia, though, the NRL will resume on May 28.

The Premier League Darts season has a new finale planned, with the traditional London showpiece moved to Sheffield.

The campaign has been suspended for a month due to coronavirus but the Professional Darts Corporation has today provided a host of new dates for planned fixtures.

As of today, the Premier League season is pencilled in to resume on July 30 in Birmingham, with subsequent visits to Belfast, the O2, Leeds, Berlin, Rotterdam, Glasgow, Manchester and finally the main event in Sheffield on October 15.

In announcing the line up, the PDC said it was dependent on no other events being affected.

The UCI revealed that senior management are to reduce their salaries or allowances and there is to be a full or partial furlough – at different percentages – for all 130 employees.