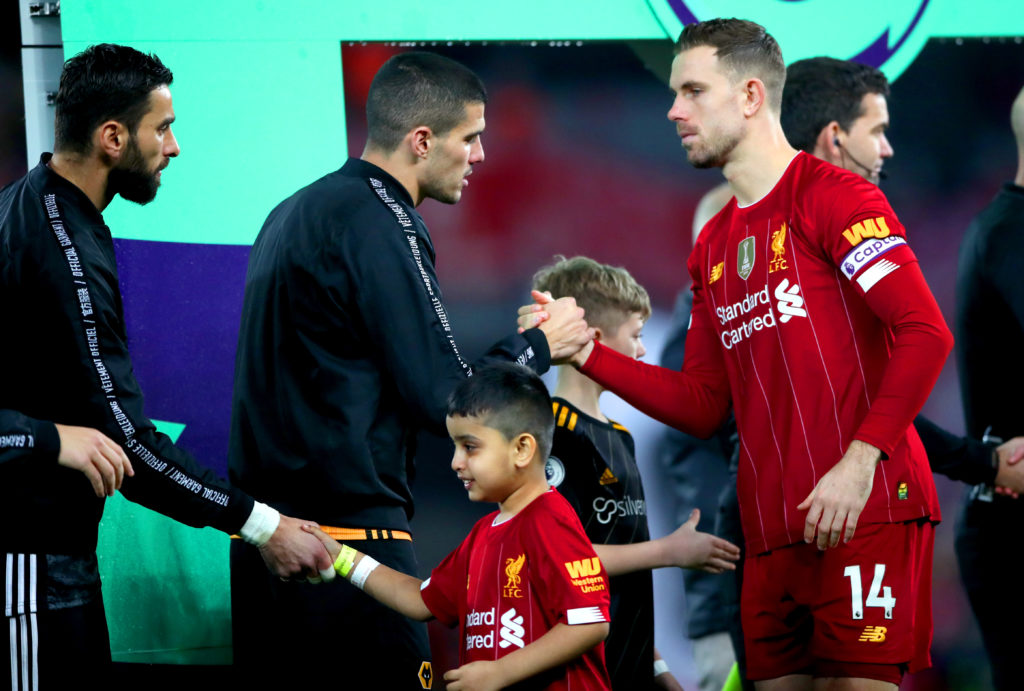 NHS Charities Together have welcomed the #PlayersTogether initiative.

Premier League footballers have drawn praise from the NHS for their contribution towards tackling the coronavirus pandemic, while Southampton players became the first in the top flight to accept a wage deferral.

Saints’ players, along with manager Ralph Hasenhuttl and his coaching staff, have agreed to the deferral for April, May and June, with the club announcing no staff were being furloughed during this period.

Elsewhere, a letter from English Football League chairman Rick Parry to its member clubs set out a tentative plan for football to return, with the stated intention to complete the 2019-20 season over approximately 56 days in the summer.

Clubs were advised not to return to training until May 16 at the earliest, with the UK currently on lockdown and with strict social distancing measures in place to limit the spread of the virus.

On Wednesday night a number of Premier League players posted on social media about the #PlayersTogether initiative, which will direct funds to the NHS Charities Together group for distribution to good causes working to provide support to NHS staff and patients.

NHSCT chief executive Ellie Orton welcomed the move, and told the PA news agency: “Our experience of footballers has always been absolutely fantastic – they have always really supported charities.

“This is what they have always been like. What they wanted to do here is come together as players and say ‘NHS, we’re rooting for you, we’re behind you’, and hopefully that can inspire other people to do the same.”

Wolves captain Conor Coady praised his Liverpool counterpart Jordan Henderson for his role in bringing the initiative to fruition.

“Jordan was brilliant in terms of setting up and taking the initiative and moving forward with it and then getting in contact with everybody,” he told PA.

“As soon as he did, everybody was on board straight away. So it’s a brilliant, brilliant thing that he’s set up and something that’ll affect a lot of people.”

Southampton players did their part in helping to tackle the separate issue of how clubs survive the suspension of football activity due to the coronavirus pandemic.

Their deferral was the first to be confirmed since Premier League clubs agreed at a meeting last Friday to consult with players over the matter.

Premier League chief executive Richard Masters wrote to Julian Knight, the chair of the Digital, Culture, Media and Sport committee earlier this week and said that clubs stood to lose “at least GBP 1billion” collectively if the 2019-20 season could not be completed.

In the EFL, discussions are continuing between the Professional Footballers’ Association and clubs regarding deferrals and cuts there, as clubs struggle to cope without the anticipated matchday revenue.

EFL chairman Parry set out a plan for a return to action over the summer, but admitted in a letter that the “working assumption” was that matches would have to be played behind closed doors.

While acknowledging the financial impact of that, he said the league was not yet going to forward on to clubs an advance from the Premier League until the outcome of the wage deferral talks was known.

“In respect of the Premier League’s decision to advance GBP 125m of funds to both the EFL and the National League, the EFL Board has taken the decision to put on hold the forwarding of advanced monies while additional clarity is sought on other financial matters, particularly in respect to player wages.

“Achieving a solution for April payroll has to be the priority at present though, understandably, our aim is to provide clubs clarity for planning purposes beyond this as quickly as possible.”