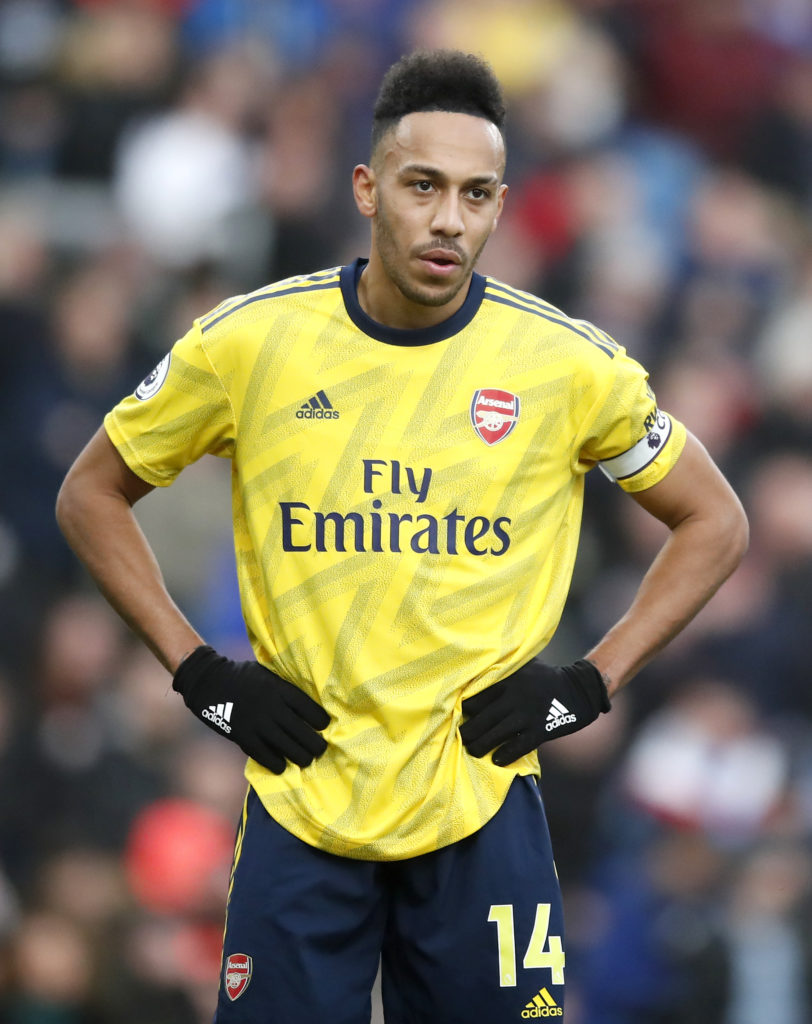 Aubameyang has been linked with a move away from the Emirates.

The president of Gabon’s football association has questioned whether Arsenal have enough ambition to keep Pierre-Emerick Aubameyang.

Aubameyang has been a hit at the Emirates since arriving from Borussia Dortmund in 2018, underlining his reputation as one of the leading strikers in world football.

The Gunners have struggled in the Premier League despite his goals – 22 last term and 17 so far in 2019/20 – finishing fifth last season and sitting ninth in the current campaign.

He has been linked with another big-money transfer and Pierre Alain Mounguengui, the top man at Gabon’s FEGAFOOT association, appears to support the idea for his country’s star player.

“I don’t want to say that Arsenal aren’t ambitious, but Arsenal don’t have ambitions as high as some other clubs as far as Europe is concerned,” he told ESPN.

“So if Pierre could secure a contract with a more ambitious club, he’d definitely find his place there.

“On an individual level, we all consider him to be among the best players in the world, but the advice I give to him is to continue to work and to attract the attention of the biggest clubs and the most ambitious clubs.