Peter Bonetti: The Chelsea great who became an England scapegoat 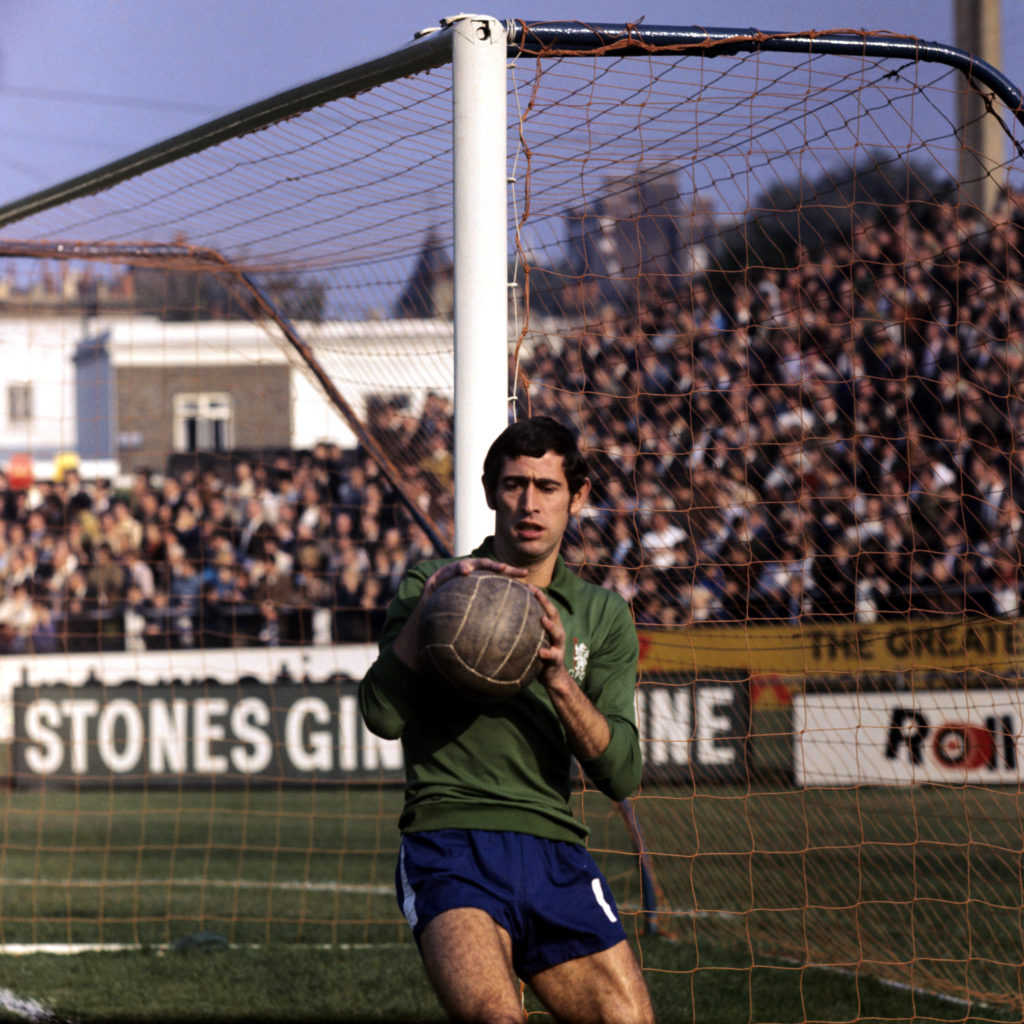 Bonetti was blamed for England’s defeat to West Germany in the quarter-finals of the 1970 World Cup.

Peter Bonetti earned the nickname ‘The Cat’ because of his agility as a goalkeeper and widespread admiration for his loyalty to Chelsea.

Born in Putney on September 27, 1941, Bonetti was a local boy who represented the Blues for almost two decades at Stamford Bridge.

Bonetti, who has died at the age of 78, made 729 appearances for the club, keeping 208 clean sheets.

He was renowned for his reflexes, as well as his ability to throw the ball long distances with accuracy.

He pioneered the all-green goalkeeper kit, the catching of crosses and acknowledged the crowd before every game.

Bonetti enjoyed a remarkable playing career – and later briefly became a postman in Scotland’s Western Isles – but it might have been even greater.

Forty-three years after being in England’s 1966 World Cup-winning squad, Bonetti received his winners’ medal after a campaign by the Football Association to recognise the non-playing members of the squad.

He was back-up to Gordon Banks for England’s finest moment and won seven caps.

He conceded one goal in his first six appearances – five of them were friendlies – before deputising for Banks in a World Cup quarter-final with West Germany at the 1970 finals.

Banks fell ill on the eve of the match – conspiracy theories abounded – and a late decision was made to start with Bonetti, giving him little more than an hour to prepare.

England threw away a 2-0 lead and went on to lose 3-2 after extra-time. Bonetti was culpable for the first German goal scored by Franz Beckenbauer and held responsible for Uwe Seeler’s backward header, which levelled the scores. He did not play for England again.

Twice Bonetti helped Chelsea to return to the First Division by winning promotion from the second tier.

Bonetti was limping heavily following an early foul in the bad-tempered 1970 FA Cup final replay with Leeds but he did not allow the injury to detract from an outstanding display as Chelsea won 2-1.

A year later, Bonetti was again in fine form in the UEFA Cup Winners’ Cup final victory over Real Madrid, which they also won 2-1 in a replay.

His long-time team-mates included Ron Harris and Bobby Tambling. Only Harris has made more appearances for Chelsea, with 795.

Bonetti’s own clean sheet record was only surpassed in January 2014 by Petr Cech.

Bonetti made his Chelsea debut as an 18-year-old, keeping a clean sheet in his first game in March 1960.

He continued to frustrate opposition players until his retirement after 18 seasons in Chelsea’s first team.

There was a brief stint with St Louis Stars in the United States, which included finishing second to Pele as the North American Soccer League player of the year in 1976.

But the lure of Stamford Bridge saw him return to London and play into his late 30s.

He ran a guesthouse on the Isle of Mull after his retirement and worked as a postman.

He later became a specialist goalkeeping coach at Chelsea and, under Kevin Keegan’s management, with Newcastle, Fulham, Manchester City and England.

Bonetti had a son, Scott, with his second wife, Kay. He also had four children with his first wife Frances, daughters Kim, Lisa and Suzanne and son Nicholas.