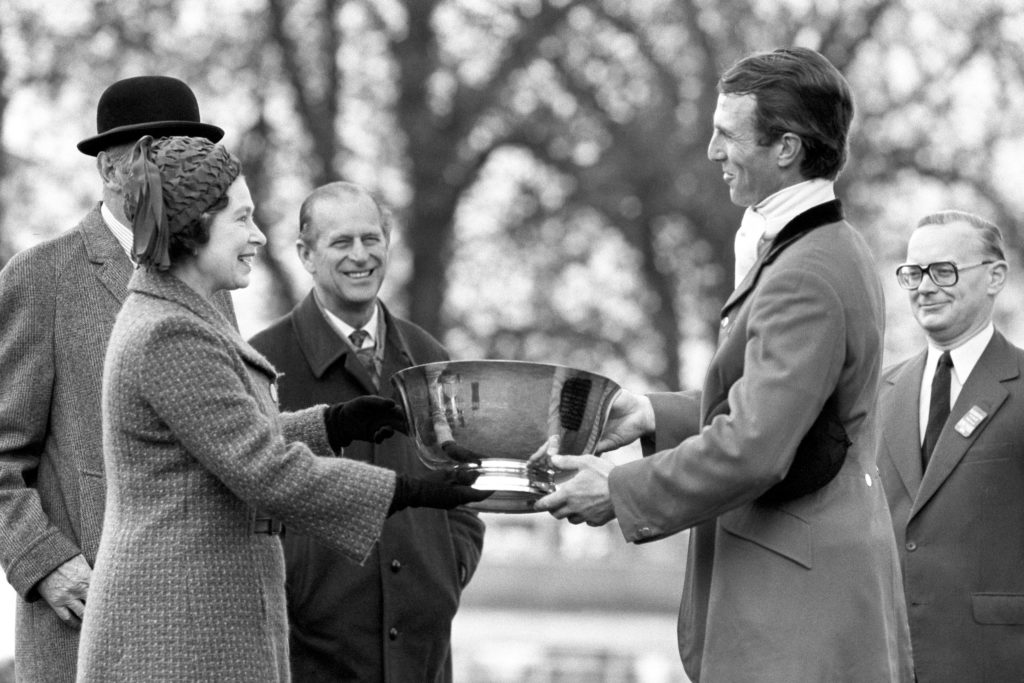 One for the family album at the Badminton Horse Trials.

In 1981 Captain Mark Phillips won the Badminton Horse Trials for the fourth and final time, receiving the trophy from his mother-in-law and his head of state, Queen Elizabeth.

Phillips, who retired from the British Army in 1978, had been a dominant figure in the prestigious event almost a decade earlier, winning three times in four years.

He triumphed in 1971 and 1972 on Great Ovation and again in 1974 on Columbus – little more than six months after his wedding to Princess Anne. He would later return to top spot on Lincoln, a decade after his first victory.

Mark Todd, the New Zealander who interrupted Phillips’ streak in 1973, would go on to level his quartet of Badminton titles but the record holder is Lucinda Green, who celebrated a sixth success in 1984.

Phillips’ equestrian accomplishments were wide-reaching, taking in world and European golds in three-day eventing before topping the podium at the Munich Olympics in 1972.

The royal couple’s second child, Zara, would go on to follow their footsteps by winning the Eventing World Championship in 2006. At the 2012 Olympics, she won silver as part of the Great Britain team to tee up another familial presentation ceremony as her mother handed out the medals.