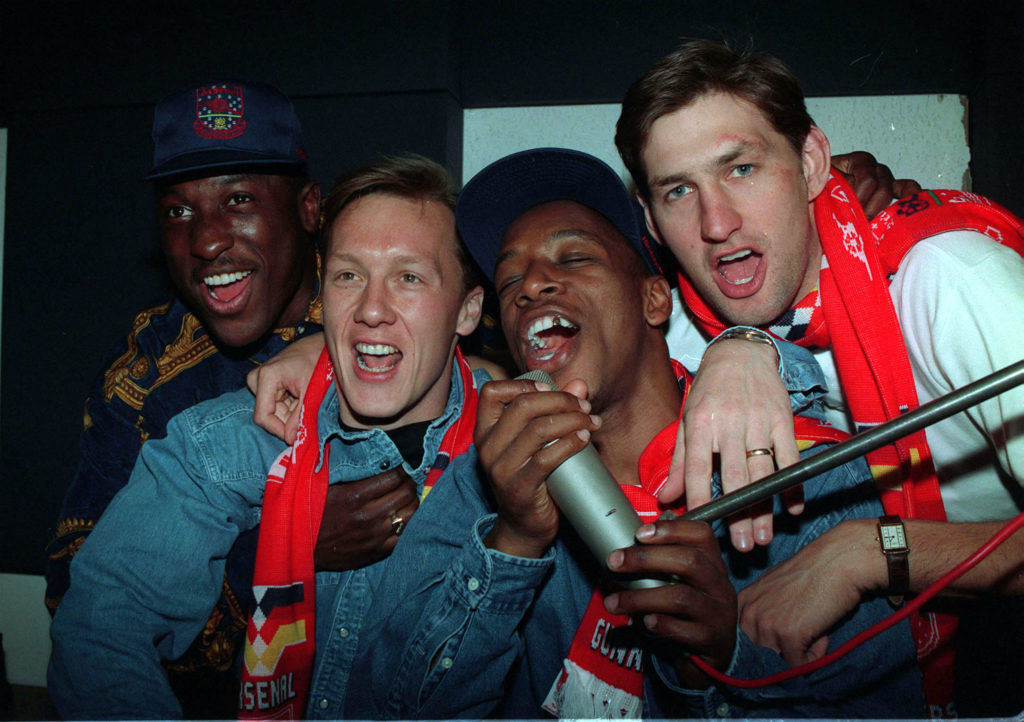 Back in 1993, club songs for the FA Cup final still just about had their place and a number of Arsenal stars stepped forward to play their part that year in ‘Singing For The Gunners’.

Their efforts reached number 34 in the charts and ultimately left a familiar foe in the shape of Sheffield Wednesday speechless at Wembley.

The first game ended in a 1-1 draw, with Wright on the scoresheet for the Gunners and David Hurst replying for the Owls, setting up a replay on a rainy night back at Wembley a few days later.

After a delayed kick off, this time the Londoners came out on top in extra time with Wright again on the mark – leaving Wednesday with the unfortunate distinction of being beaten in both the FA Cup and League Cup finals by the same team in the same season.

It was a sixth FA Cup triumph for Arsenal and saw them become the first team to do the domestic cup double, but the replay marked the end of David O’Leary’s 18-year career at Arsenal as he left not long afterwards for Leeds.