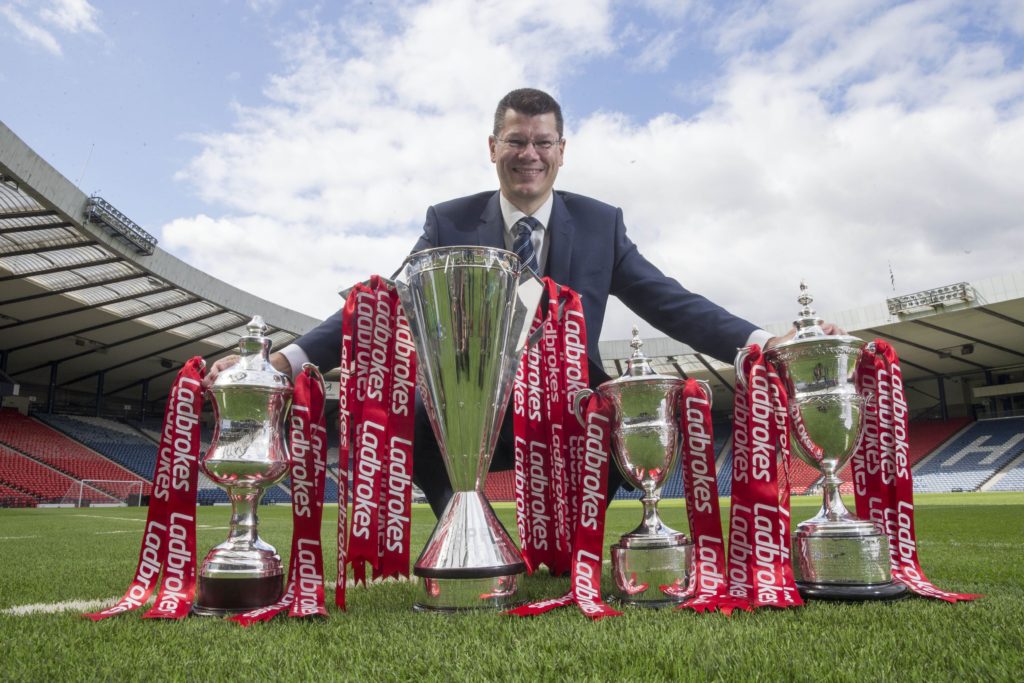 Clubs were asked to submit a vote by Friday at 5pm but several were late and Iain Dougan compared the drama to an episode of House of Cards.

Stranraer chairman Iain Dougan has likened Scottish football’s attempts to decide the way out of the coronavirus pandemic to the Brexit saga.

The Scottish Professional Football League submitted a resolution on Wednesday that would finish the three lower leagues as they stand. A decision on the Premiership would be taken at a later date if it was passed.

Clubs were asked to submit a vote by Friday at 5pm but several were late.

The Premiership and clubs in League One and Two have backed the plan with the required 75 per cent of the vote but it now rests on one Championship club, with seven having voted for it and two against.

Dundee are believed to taking the weekend to consider their position and released a lengthy statement on Friday outlining their concerns with the plan, without actually confirming which way they had voted or whether they had even cast their vote.

Dougan, though, believes Dundee will eventually rule out the SPFL’s resolution to finish the three lower leagues as they stand.

He told BBC Radio Scotland’s Off The Ball programme: “It was like an episode of House of Cards with a cliffhanger at the end just to make you watch the next episode.

“There’s no football being played but there’s certainly a lot of games being played. It was like Brexit revisited. I think the only person who wasn’t involved was Putin and the rest of the Kremlin.

“It didn’t make us look good, that goes without saying. There’s far greater things going on in the world but football will return and we’ve got to get our house in order before it does.

“It’s all down to the last vote. We are all on tenterhooks.”

When asked which way he thought Dundee would vote, Dougan said: “Going by their statement, I would say they would vote no.”

Dundee stated on Friday that the plans would see the 42 clubs lose up to GBP 4million in total and added: “Amongst the member clubs there have been numerous discussions of the SPFL’s offer as well as viable, equitable proposed alternatives that could see potentially a neutral outcome for all clubs involved if the season cannot be finished.

“In all cases, current placement monies could be distributed to the member clubs in very short order while maintaining all SPFL obligations.

“Make no mistake; we would have to work quickly and diligently to ensure that members’ current needs are met and that the democratic process is followed, but it is achievable.”

Stranraer sit bottom of League One and are opposed to the plans with Dougan pointing out they have rallied late to avoid relegation in three of the past six seasons.

And he called for league reconstruction and extension if the plans succeed to reduce the impact on the teams at the bottom and the sides at the top of the Lowland and Highland Leagues.

“Partick Thistle’s scenario is a lot greater than ours,” he said.

“They are being penalised for getting to the semi-final of the Tunnock’s Cup. If they had played that day (in the league) and won, they wouldn’t be bottom of the league. Surely that’s unjust?”