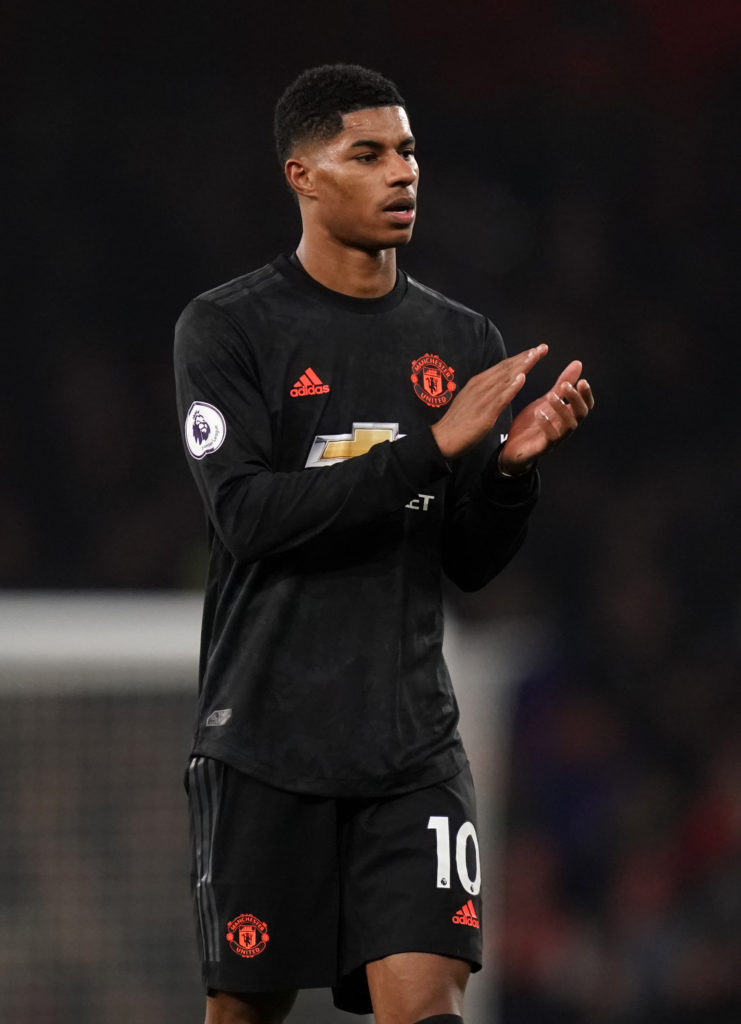 Leicester stepped up their commitment to staff and the community by confirming they would not furlough staff.

Here, the PA news agency looks at some of the best examples from April 10.

Marcus Rashford is proving himself a class act off the pitch as well as on it, with his drive to donate money to FareShare now helping to feed “just under one million vulnerable children across the UK”.

Leicester stepped up their commitment to staff and the community by confirming they would not furlough staff and would pay casual employees until the end of the originally scheduled season.

Wales and Stormers centre Jamie Roberts has been busy volunteering for the NHS and, on Good Friday, he helped deliver food to some hospital wards.

Hand sanitiser has been in short supply across the country during the pandemic but Sir Jim Ratcliffe, owner of INEOS, has had more than a million bottles made at his production plant in Newton Aycliffe.

Deliveries are now being made, with support from cycling’s Team INEOS and their principal Sir Dave Brailsford.

“The British government asked industry to help and INEOS was proud to answer the call,” Brailsford said.

“Team INEOS is used to moving at speed but 10 days from start to finish for three plants already was incredibly tight. We are all in this together and I am grateful to everyone in the entire INEOS family for their hands-on approach to getting the job done.”

British Cycling has donated 800 water bottles to NHS workers in Hull and York to be distributed this weekend. The move is a response to the removal of many water fountains from hospitals due to the risk of spreading infection.

British Cycling Head of Commercial Partnerships, Nick Hayes, said: “We’re delighted to be able to get behind this campaign alongside our partners HSBC UK and SiS, and provide vital support to the NHS workers who are fighting tirelessly to keep us safe at this time.

“On behalf of everybody at British Cycling I’d like to thank them for their incredible work.”

Novak Djokovic and wife Jelana took on the 100-volley challenge laid down by Andy and Kim Murray and passed with flying colours.

Some sports stars are going to extreme measures to keep themselves looking fresh but England cricket selector, and former Nottinghamshire batsman, James Taylor might need another trip to the barbers soon after letting his wife cut his hair.