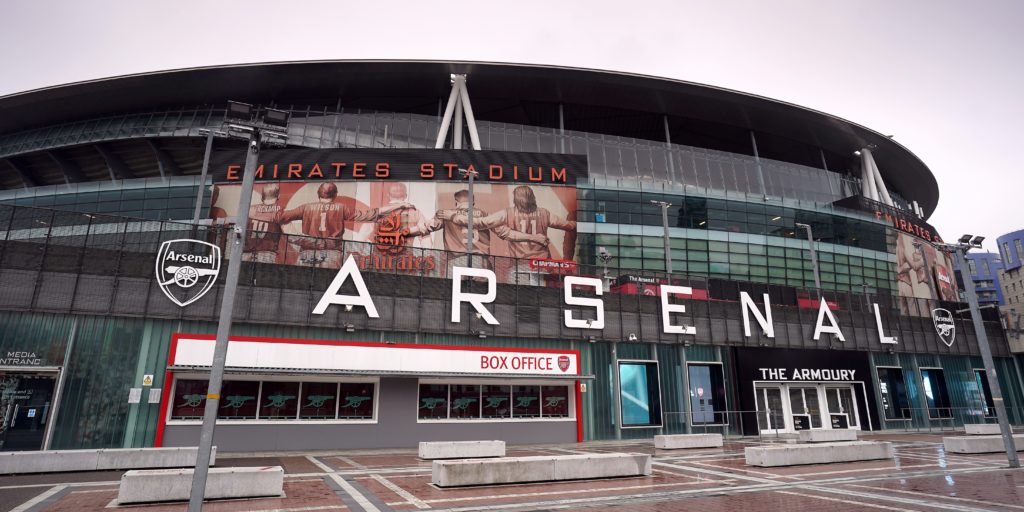 Arsenal will not be using the Government’s coronavirus job retention scheme as “productive” pay discussions with players continue during “one of the most challenging periods in our near 134-year history”.

Tottenham and Bournemouth have recently followed Liverpool in reversing their controversial decisions to utilise the furlough system set-up to help businesses survive during the Covid-19 pandemic.

Arsenal have confirmed they are not using that scheme in a statement that outlined their intention to pay staff in full during this uncertain period, while extending casual employees’ pay until the end of May.

The club’s executive team have voluntarily waived more than a third of their earnings over the next year to cope with a challenging time that owners Kroenke, Sports & Entertainment “are fully committed to supporting Arsenal through”.

A statement from the Gunners read: “The suspension of football and the broader global economic impact of the virus mean that many of our revenue streams are on hold or are at risk.

“We have always aimed to operate on the basis that the money we earn is reinvested in the team, the wider club and invested into our community.

“The potential impact on our revenue streams puts our operating model under pressure.

“We know that this crisis will pass, and normality will resume, but timeframes cannot be known with any certainty.

“The potential financial impact is significant so we must be responsible and act now to best protect Arsenal from what might happen in the months ahead.

“What is clear is that this is one of the most challenging periods in our near 134-year history.”

Arsenal have made it clear to employees through video conferences, newsletters and team meetings that they are “not considering redundancies”, with all employees receiving their full salaries.

The club intend to continue on that track and say they “are not currently intending to use the Government’s furlough scheme”.

The club is still working on an agreement with players. Arsenal’s squad this week reportedly rejected a 12.5 per cent pay cut for a year, with that money repaid if qualification was secured for next season’s Champions League.

“Our players have been keeping very busy during this difficult period, working hard at home on both their fitness and tactical work while training is suspended,” Arsenal’s statement read.

“Over the past 10 days we have been in discussions with them around the potential financial challenges ahead, and how we are planning for those now.

“These are productive and ongoing conversations around how our players might support their club in an appropriate way. We have not and will not make any comment on this matter until these private discussions have concluded.”

Away from the Premier League, Salford co-owner Gary Neville suspects there is a “serious problem brewing” for players in the English Football League coming towards the end of their contracts.

The former Manchester United and England defender fears that the financial impact of the coronavirus pandemic is such that players whose current deals finish at the end of June will struggle to find new clubs.

“There is a serious problem brewing in the next few months,” Neville told Sky Sports News’ Football Show. “Over 1,000 players in the Championship, League One and League Two are out of contract at the end of June and clubs haven’t got the money to recycle them back into the game

In cricket, the board of Cricket Ireland has announced a range of measures in a bid to try and deal with the financial impact of the pandemic.

Regular payments to the Provincial Unions are continuing and the board has approved a range of cost-saving measures, with all non-playing staff seeing a 20 per cent reduction in salaries for April and May.

Those in Northern Ireland will be furloughed until the end of May on the UK Government’s job retention scheme, while Cricket Ireland chief executive Warren Deutrom will take a 25 per cent until the end of the year.

Deutrom says there is a “high risk” that the upcoming men’s home series against New Zealand and Pakistan being postponed, while Cricket Ireland is in contact with the ICC in relation to the women’s team’s 50-over World Cup Qualifier scheduled for July.