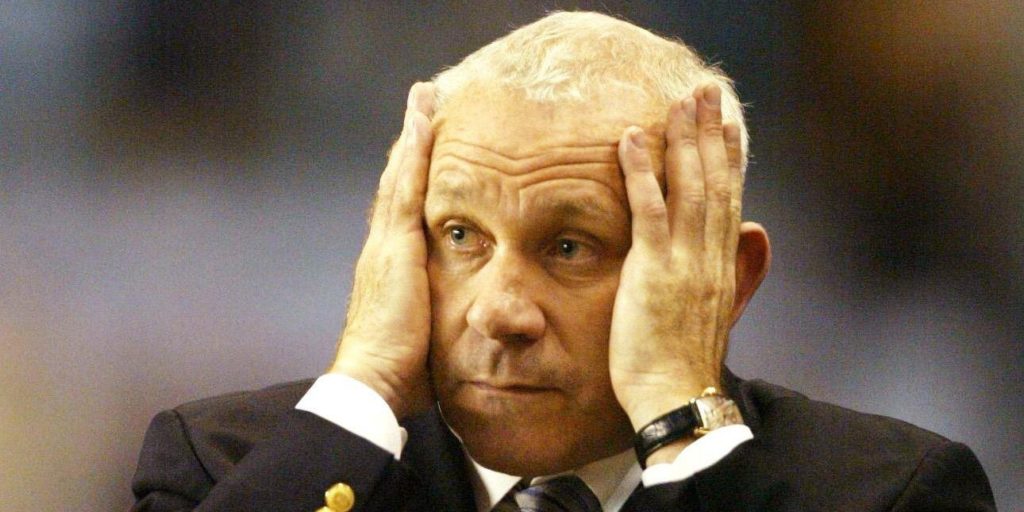 The six-part documentary focused on Sunderland.

Sunderland TIl I Die 2 has proved a popular show among football fans deprived of live action during the lockdown.

However, the Netflix offering is not the first to highlight the struggles of the once-mighty Wearside club.

Premier Passions was a success when it aired on BBC1 in 1998. Here, the PA news agency looks back at its impact.

The six-part documentary focused on the fortunes of Sunderland in the 1996-97 season.

The club were playing their final campaign at Roker Park, soon to leave their home of 99 years for the Stadium of Light.

Battling to preserve their top-flight status before the move across the river was the theme, with the club desperate to ensure their first campaign in the newly-built 42,000-seat arena was as a Premier League club.

There was to be no happy ending, however, with the Black Cats relegated on the final day of the season.

The industrial language of manager Peter Reid and assistant Bobby Saxton earned them star billing. The penultimate home match, against Southampton, saw an exasperated Reid produce an impressive 23 swear words during a 40-second half-time rant. It failed to spark a turnaround.

There were good supporting roles from the players, most of whom appeared comfortable in front of the camera – off the pitch at least, Kevin Ball and Niall Quinn came across well, with Paul Stewart and local lads Lee Howey and Michael Gray not far behind.

Chairman Bob Murray and chief executive John Fickling clearly cared for the club despite the pressure of their roles, and head groundsman Tommy Porter was as much of a fan as the chip shop worker, schoolgirl, decorator and laboratory technician who featured regularly.

And then there were the thousands of other Sunderland supporters who made themselves seen and heard, a passionate bunch who added to the drama.

“It’s not a disaster scenario, but we need to get in the Premier League and never get relegated again and to win things and to be in Europe” – Sunderland clearly did not live up to Murray’s candid assessment to shareholders in the wake of their relegation.

Premier Passions, narrated by local actress Gina McKee. was well received. The access granted made for an entertaining end product, which was well edited and contained none of the continuity errors for which Sunderland Til I Die has attracted criticism. Its blend of action, humour and tragedy appealed to supporters of other clubs and sustained the interest of non-football fans. The documentary neatly encapsulated something which has become all too familiar for the Black Cats in recent years – a season which goes the distance and promises joy, ending in late heartbreak and failure.