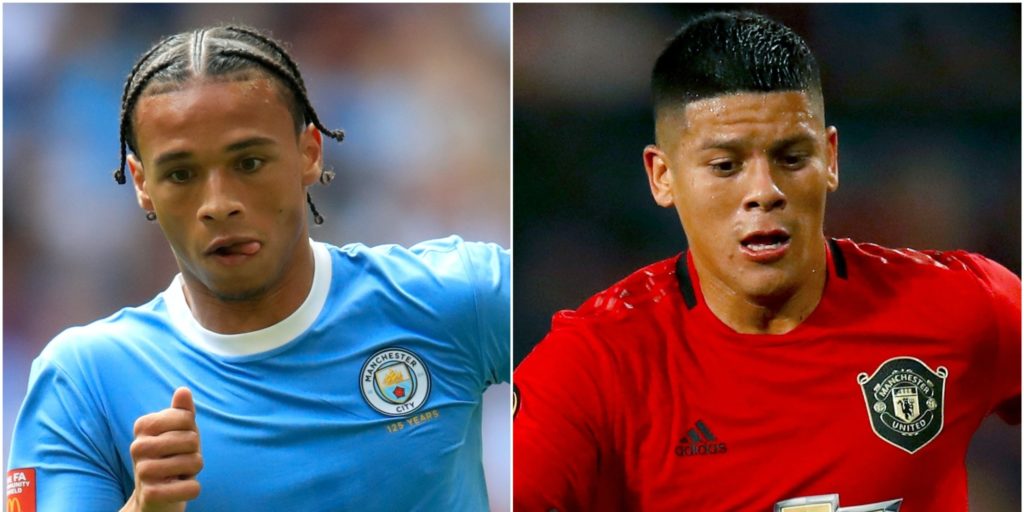 After four years with Manchester City, Leroy Sane is reportedly eager for a return to Germany.

Manchester City’s Leroy Sane is on the verge of a GBP 70m move to Bayern Munich, according to the Daily Mirror. The 24-year-old forward is believed to be desperate for a return to Germany after four years at City.

Marcos Rojo is reportedly keen on extending his loan spell at Estudiantes. The Manchester Evening News says the Manchester United and Argentina defender has only played one game for the club amid injuries and the coronavirus pandemic and would love to get more opportunities to play in his homeland.

The Daily Mirror reports that AC Milan have decided not to make an offer for England midfielder Adam Lallana this summer, despite the 31-year-old being out of contract at Liverpool at the end of June.

Arsenal are believed to be very close to signing France defender Layvin Kurzawa from Paris St-Germain. The Daily Star reports that the 27-year-old is set to join the Gunners on a free transfer after failing to come to terms on a new deal with the French giants.

Leicester’s Christian Fuchs is weighing-up a potential move to the US, according to the Daily Mail. Although the club are keen to offer the 34-year-old a new contract, the 2016 title-winner is reportedly eager to join his family, who are based in New York.

Kai Havertz: The Bayer Leverkusen and Germany midfielder is open to a move abroad, with Liverpool leading the chase for the 20-year-old, reports German publication Bild.

Olivier Giroud: The Chelsea striker is willing to take a pay cut to join Inter Milan this summer, according to Italian newspaper Gazzetta dello Sport.