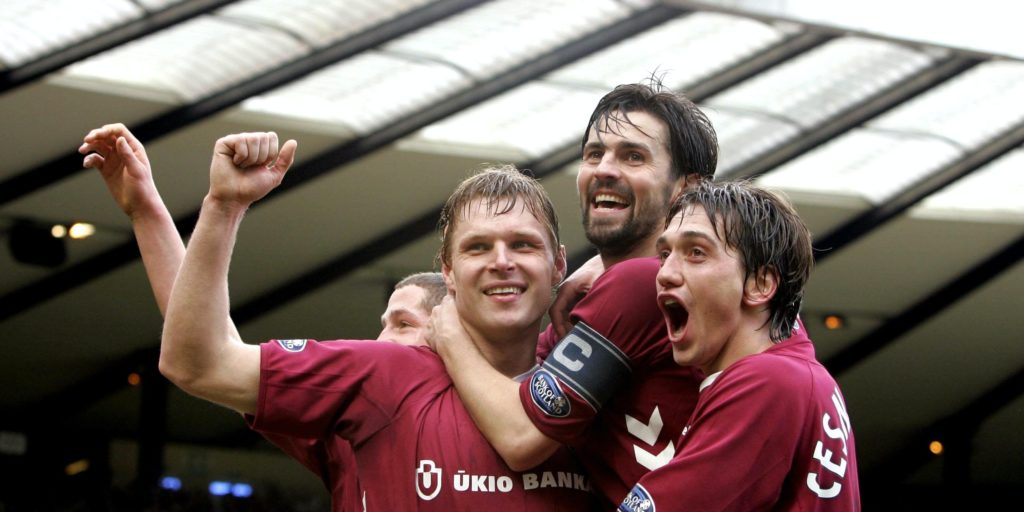 All three Scottish football leagues outside the Premiership have been concluded after Dundee reversed an earlier intention to vote against the proposal.

The move means Dundee United, Raith Rovers and Cove Rangers have been declared champions of the Scottish Championship, League One and League Two respectively.

But with key questions remaining over the fate of of a number of clubs, and a potential Premiership restructuring, the PA news agency casts its eye over the remaining issues.

How did the resolution pass?

Dundee, who were able to rescind an initial ‘no’ vote due to technical reasons, voted in favour of the resolution, taking it over the 75 per cent threshold, and ensuring the season in the lower three divisions is declared over – meaning end-of-season prize money is released to clubs.

What are the immediate consequences?

Dundee United, Raith Rovers and Cove Rangers have been declared champions of the Championship, League One and League Two respectively, and will be promoted. Partick and Stranraer are relegated. Partick have previously threatened to take legal advice, while Stranraer responded to the confirmation by declaring it “grossly unfair”.

What will happen to the top-flight?

The Premiership season is set to continue. Meanwhile, Hearts owner Ann Budge and Hamilton chairman Les Gray will lead a task force to look at a potential restructuring of the top-flight. The almost certain proposal is an expansion to 14 clubs, which will save the bottom club – currently Hearts – from relegation, and also promote Inverness Caledonian Thistle. But any change would require an 11-1 vote in favour among existing Premiership clubs, so it is far from certain.

What are Rangers saying?

Earlier this week, Rangers demanded an investigation into the process surrounding the vote, and called for SPFL chief executive Neil Doncaster to be suspended. Rangers said they believed the SPFL should loan hard-pressed clubs money under existing powers, rather than trying to persuade them to vote for the resolution. Rangers fear the next step will be the conclusion of the Premiership season, handing another title to rivals Celtic.

What about the bottom of the league?

Ordinarily, the bottom club in League Two would face a play-off but Brechin, whose chairman Ken Ferguson sits on the SPFL Board, will not suffer that fate, and are now safe. Brora Rangers and Kelty Hearts, the declared champions of the Highland League and Lowland League respectively, must now hope the projected Premiership expansion has the knock-on effect of automatically promoting both clubs to League Two next season.