Old Trafford to be lit up blue in support of NHS 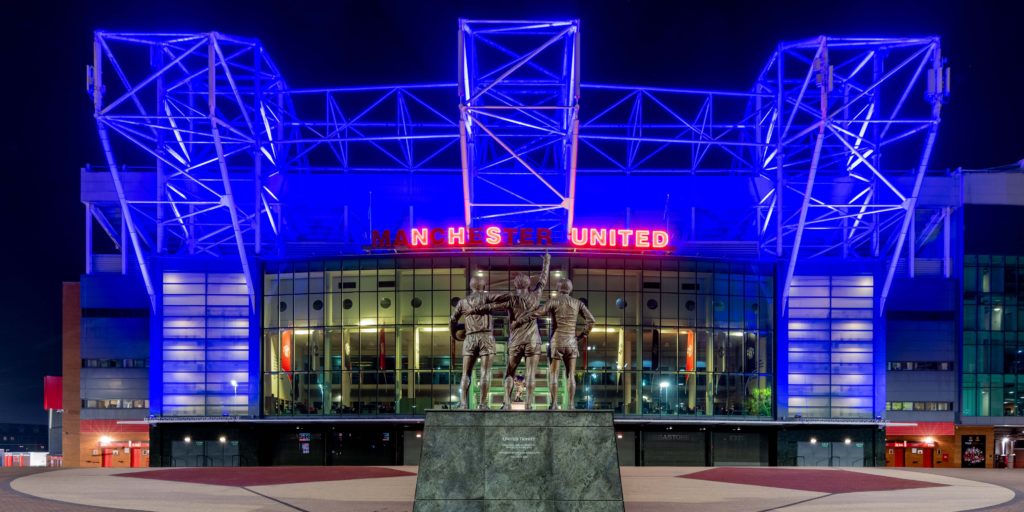 Manchester United have already shown their support to the NHS.

Old Trafford will light up blue as Manchester United continue to show support to the NHS during the coronavirus pandemic.

The ground will be blue – the colour of rivals Manchester City – with the club’s sign at also spelling NHS United to coincide with the weekly clap for carers tribute on Thursday at 8pm.

A statement read: “Old Trafford will be lit up in blue tonight with our famous Manchester United sign spelling out ‘NHS United’ in tribute to NHS workers across the UK. It will coincide with the nation’s weekly Thursday night 8pm ‘clap for carers’.

“While Old Trafford is not normally bathed in blue, it’s been organised to recognise the extraordinary efforts of the frontline workers battling the COVID-19 pandemic.”

The Manchester United Foundation is working with the children of key workers and medical equipment has been donated to Salford Royal.

Old Trafford has been placed on a reserve list as a possible temporary blood donation centre.