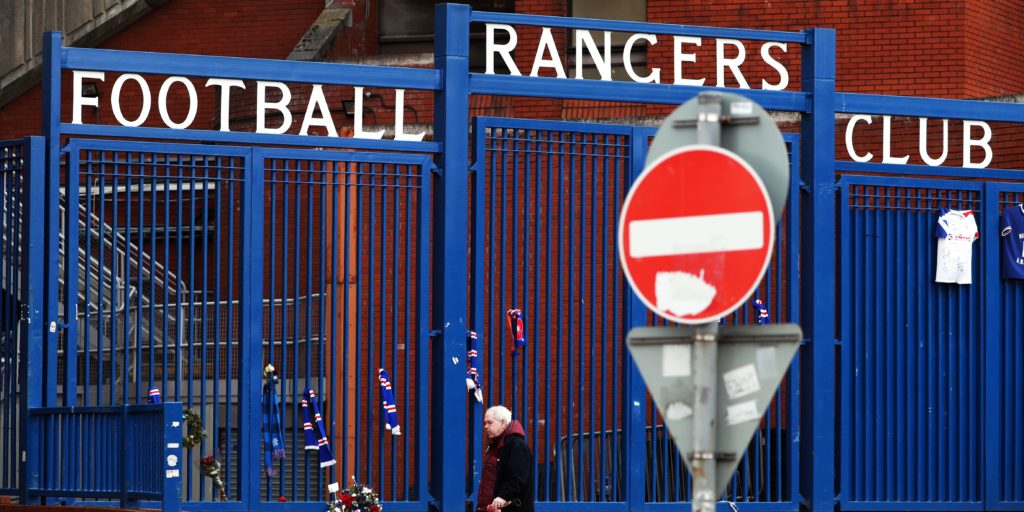 Rangers were one of the clubs to provide a counter-proposal to the SPFL’s plan to call the season off.

Rangers are examining “all legal options” after again calling for an independent inquiry into the SPFL’s handling of the vote to end the season outside of the Scottish top flight.

Gers, who voted against the SPFL’s successful resolution, want chief executive Neil Doncaster and legal advisor Rod McKenzie suspended while they are the “subject of forensic examination”.

A statement from the Ibrox club read: “No fair minded person can take the outcome of this vote seriously. The SPFL has conducted a process which has been misleading and deeply flawed.

Rangers were one of the clubs to provide a counter-proposal to the SPFL’s plan to call the season off, suggesting that clubs were awarded their prize money early.

But it was ruled out by the governing body, much to the Light Blues’ confusion.

“The SPFL chose to obstruct our resolution which would have given clubs the required financial support, without the pre-condition of ending the season,” their statement added.

“The fact that this solution was not afforded sufficient consideration defies belief and further underlines the view held by many clubs that the processes and behaviours of certain individuals must now be the subject of forensic examination.”

The SPFL’s resolution hinged on the vote of Dundee. It was widely known that Dark Blues were the remaining club to vote after the SPFL released figures before receiving all entries.

“Publishing the outcome prior to all clubs having voted has undermined the democratic process and demonstrated unacceptable standards of corporate governance by the SPFL executive,” Rangers added.

“We are extremely concerned that member clubs were not provided with enough information, or time, to allow them to make fully informed decisions.”