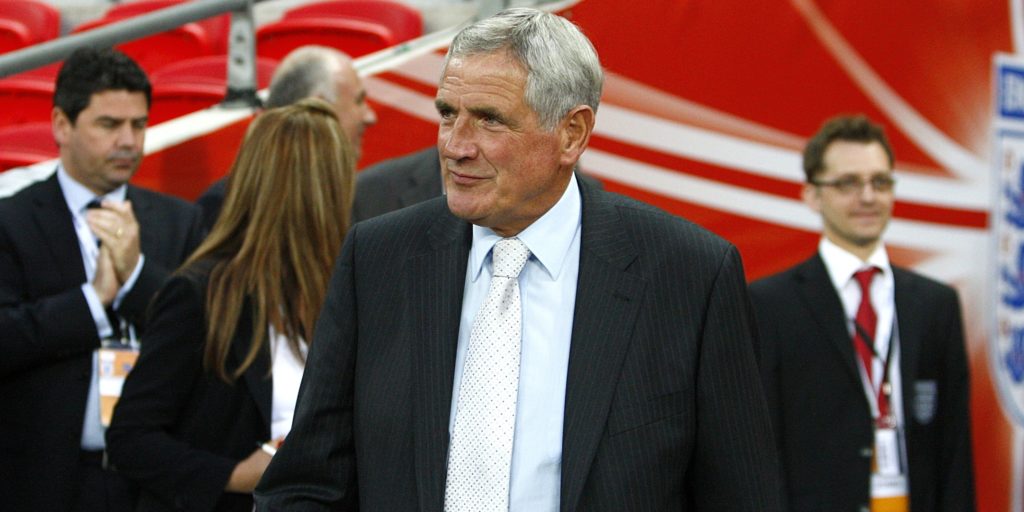 Hunter played 28 times for England and was part of the World Cup-winning squad of 1966.

Former Leeds and England defender Norman Hunter has died aged 76 while English Football League chairman Rick Parry admits it is “unclear” when fans will be able to attend matches again.

Hunter, a Leeds great whose no-nonsense approach in the back-line earned him the moniker ‘Bites Yer Legs’, enjoyed huge success with the Yorkshire club during the 1960s and 1970s.

He played 28 times for England and was part of the World Cup-winning squad of 1966. He had been admitted to hospital last week after being diagnosed with Covid-19.

Leeds said in a statement on their website: “Leeds United are devastated to learn of the passing of club legend Norman Hunter at the age of 76.

“Norman was taken to hospital last week after being diagnosed with Covid-19 and despite continuing to battle and the best efforts of NHS staff, he sadly lost his fight earlier (on Friday) morning.

“He leaves a huge hole in the Leeds United family, his legacy will never be forgotten and our thoughts are with Norman’s family and friends at this very difficult time.”

“Norman was an iconic figure in football, especially at the club,” Gray told talkSPORT.

“He had a reputation as everybody knows – Bites Yer Legs – but Norman was a truly great football player.

“A lot of great players have walked through the gates of Elland Road and Norman was right up there with the best of them. It’s a sad day for everybody connected with the club.”

Plans are being worked on to enable supporters of English Football League sides to watch all their team’s matches from home as the league’s chairman Rick Parry admitted it remains “unclear” when fans will be able to attend games again.

He stressed the importance of supporters to clubs throughout the EFL, who are having to take drastic cost-cutting measures due to the loss of matchday revenue.

The EFL, along with the rest of the professional game in England, remains indefinitely suspended due to the Covid-19 outbreak.

Parry suggested to clubs last week that they should stand players down and prepare for a return to training no earlier than May 16, with the lockdown in the United Kingdom now extended until May 7 at the earliest.

He wrote to supporters: “To give you an honest assessment of the current situation; the point at which you will be able to attend games again remains unclear.

“Please be assured, however, that we are going to welcome you back to stadiums as soon as it is safe to do so.”

The European Tour, meanwhile, has announced this year’s Scottish Open has been postponed.

The event was scheduled for July 9-12 at North Berwick and discussions are ongoing about whether it can be rescheduled.

It has been announced that BMW International Open, due to be played from June 25-28 at Golfclub Munchen Eichenried in Munich, and the Open de France, scheduled for the following week at Le Golf National, near Paris, have been cancelled.

Lancashire have announced that overseas trio BJ Watling, Glenn Maxwell and James Faulkner will not play for the club this year after a mutual decision was reached to terminate their contracts.

New Zealand wicketkeeper-batsman BJ Watling was scheduled to feature in the first nine Specsavers County Championship fixtures while Australia pair Maxwell and Faulkner signed up for the Vitality Blast.

But Lancashire director of cricket Paul Allott said: “The overseas player situation is a policy that has been discussed nationwide and we think it’s prudent to mutually come to an agreement with the players we had originally signed.

“I would like to thank BJ, Glenn, James and their representatives for their total understanding of the current situation and full agreement of this decision.”

Meanwhile the International Cricket Council played down the suggestions this year’s T20 World Cup could be pushed back to 2021 but admitted it is “exploring all options” with regards to contingency planning.

Australia is due to stage the global tournament from October 18 until November 15 but a number of major sporting events have already been postponed or cancelled because of the coronavirus pandemic.

An ICC spokesperson said: “We are continuing with our planning for ICC events as they are, but given the rapidly evolving situation as a prudent and responsible measure we are also undertaking a comprehensive contingency planning exercise.

“This includes exploring all options available to us based on a range of scenarios connected to the pandemic.”