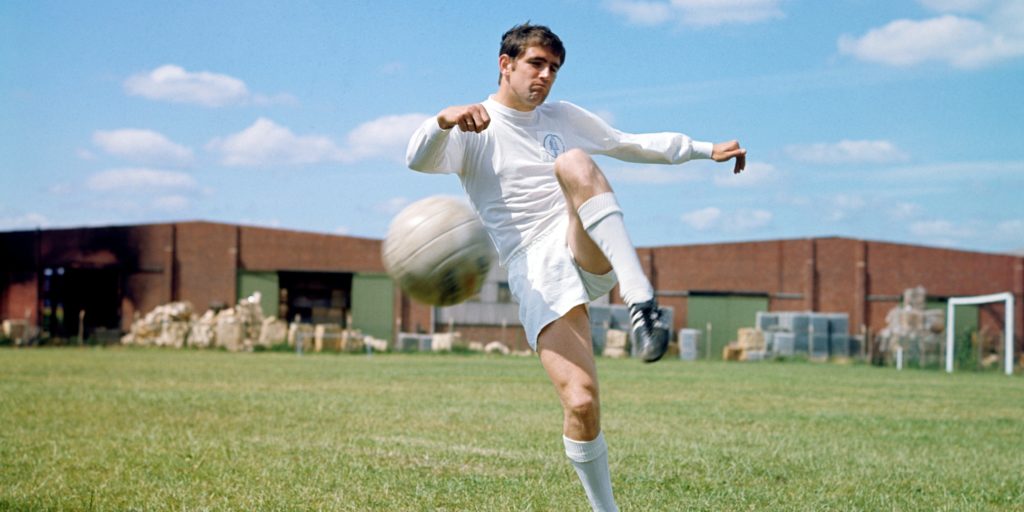 Hunter was part of the hugely successful Leeds side of the late 1960s and 1970s and “set the levels”, according to Gary McAllister.

Gary McAllister led the tributes from the world of football to former Leeds defender Norman Hunter, who has died aged 76 after contracting the coronavirus.

Hunter, nicknamed ‘Bites Yer Legs’ because of his fearsome reputation in the tackle, was part of the hugely successful Leeds side of the late 1960s and 1970s.

He played 28 times for England and was part of the World Cup-winning squad of 1966. He had been admitted to hospital last week after being diagnosed with Covid-19.

“In the truest sense of the word he is a legend and he set the levels at Leeds,” he told the PA news agency.

“He was always very supportive when I was a player and the captain. As an ex-player he was always in and around the club and I got to know him pretty well.

“When you speak to his team-mates it was always Norman ‘Bites Yer Legs’ Hunter but, behind that, there was a quality footballer. He was a player, a top one. It’s a sad day for everyone at the club and his family and my respects go to them.

“He was part of the Don Revie era. That was Leeds’ greatest years. Howard (Wilkinson) won a league and other managers have done well but the Revie era and the team he played in were the best. Whenever you see that group together you can see how close they are.

“When you discuss players in different eras you talk about the physicality of Norman but top players adapt, he would have been a top player today.”

“He had a reputation as everybody knows – ‘Bites Yer Legs’ – but Norman was a truly great football player.

“A lot of great players have walked through the gates of Elland Road and Norman was right up there with the best of them. It’s a sad day for everybody connected with the club.

“He was a great reader of the game, great left foot on him, great passer of the ball, so influential in our team.”

Hunter was the inaugural winner of the Professional Footballers’ Association player of the year award in 1974, the same year that he won his second league title with Leeds.

The players’ union said in a social media post that the game had “lost a legend”.

“All at the PFA are deeply saddened to hear of Norman Hunter’s passing,” the tweet read. “Football has lost a legend and we join the entire football community in mourning this loss.”

He joined Leeds from Birtley Juniors and made his professional debut in September 1962.

Current Leeds chief executive Angus Kinnear said: “He leaves behind him a heartbroken family and our thoughts and prayers today are with his daughter Claire, son Michael, his three grandchildren and of course his wife Sue who has been his rock throughout the years, especially recently when he has experienced some health issues.

“He also leaves behind a devastated family at the club – from his former team mates such as Eddie Gray, Peter Lorimer and Paul Reaney, to our staff in Stuart Dodsley and Charlotte Taylor who worked with him every week in the West Stand and adored him.

“Rest assured, once it is safe to do so, we will find a suitable way for fans to commemorate Norman and celebrate his life.

“Leeds United will never forget Norman Hunter, he will always be in our hearts.”

Former England striker and Match of the Day presenter Gary Lineker joined the tributes to a player he fondly remembered watching during his formative years.

“Grew up watching that great @LUFC side of which he was a huge part. This awful virus was one crunching tackle too far but he’ll be biting yer legs somewhere. RIP Norman.”

Football Association chairman Greg Clarke said: “This is very sad news and my thoughts are with Norman’s wife Sue and his family.

“I had been privileged to get to know him in recent years with his regular visits to Wembley to support the England team, and was always struck by his passion and knowledge.

“I have a particularly fond memory of being able to see at first hand just how much Norman was revered at Leeds United.

“When Gareth and the team played at Elland Road just before the last World Cup, it was more than fitting that he was part of our delegation in the suite that bears his name.

“While he will be especially missed at Leeds, the whole of English football will mourn his passing today.”

Hunter’s 14-year spell at Leeds ended in 1976, when he joined Bristol City. He finished his professional career at Barnsley in 1983, where he also served as manager between 1980 and 1984.