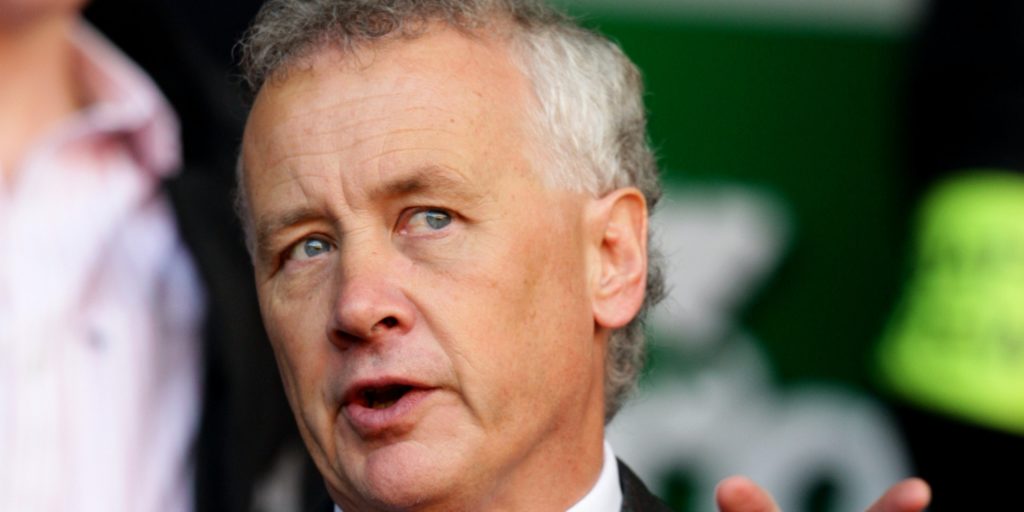 Parry has sent an open letter to supporters on the 132nd anniversary of the league’s founding.

Plans are being worked on to enable supporters of English Football League sides to watch all their team’s matches from home as the league’s chairman Rick Parry admitted it remains “unclear” when fans will be able to attend games again.

Parry has sent an open letter to supporters on the 132nd anniversary of the league’s founding, talking about the impact of the coronavirus pandemic on the competition.

He stressed the importance of supporters to clubs throughout the EFL, who are having to take drastic cost-cutting measures due to the loss of matchday revenue.

The EFL, along with the rest of the professional game in England, remains indefinitely suspended due to the Covid-19 outbreak.

Parry suggested to clubs last week that they should stand players down and prepare for a return to training no earlier than May 16, with the lockdown in the United Kingdom now extended until May 7 at the earliest.

He wrote to supporters: “To give you an honest assessment of the current situation; the point at which you will be able to attend games again remains unclear.

“Please be assured, however, that we are going to welcome you back to stadiums as soon as it is safe to do so.”

The EFL’s working assumption is that football will initially return in a behind-closed-doors setting, and Parry said plans are being put in place to ensure supporters do not miss out on seeing their team in action.

“Plans are continuing to be worked up for all games to be broadcast either via our broadcast partners, iFollow or equivalent club streaming services,” he said.

“We will update you on this once we know when matches will recommence.

“The contribution to football’s finances made by match-going supporters should not be underestimated.

“It is critical to the business model of league football. Perhaps the biggest challenge right now is not knowing when we will be able to reintroduce football in front of crowds. We can only hope that the situation develops in such a way that we will be able to do that with the shortest possible break.”

Parry admitted this was the biggest challenge, apart from two World Wars, that the competition had faced in its history.

“Aside from two catastrophic World Wars, this pandemic is arguably the most challenging issue to have affected football since the League was founded 132 years ago,” he said.

“Our clubs have been left with significant outgoings while facing a sudden loss of income. With this in mind, I’m sure you will be aware of talk about wages and deferrals.

“Good progress is being made in these areas, with a view to this assisting in delivering medium to long-term solutions that protect our game for years to come.”