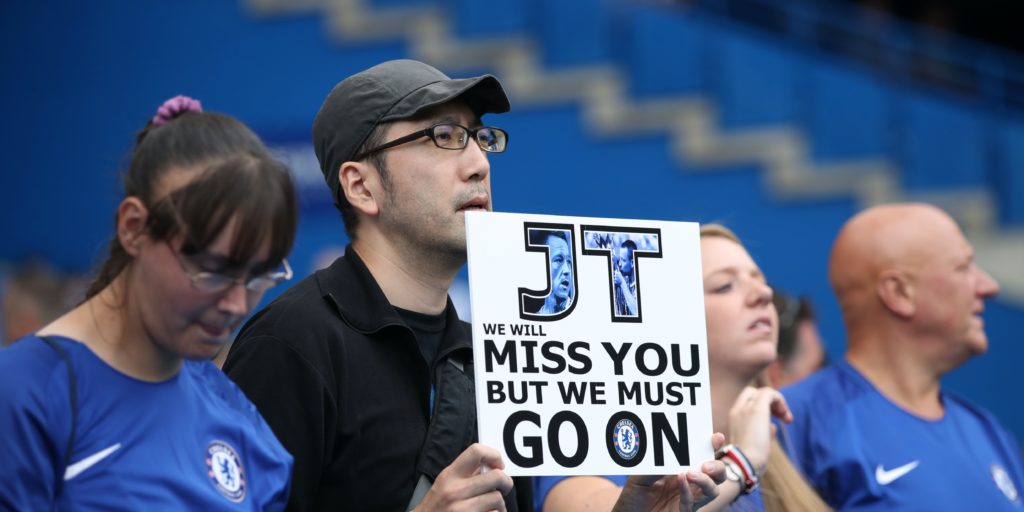 The ex-England defender brought down the curtain on a 23-year spell with the west London club.

When John Terry announced he would be leaving Chelsea on this day in 2017, it was the second time in 14 months he had said it, but this time it was true.

The ex-England defender brought down the curtain on a 23-year spell with the west London club during which he became the club’s most successful captain.

Rewind the clock 30 years and you could have found Terry playing Sunday League football for Senrab alongside fellow future Premier League stars Ledley King, Bobby Zamora, Jlloyd Samuel and more. After a spell as a midfielder with West Ham, a 14-year-old Terry joined Chelsea, where he was shifted to defence to cover a shortage. After starring for the youth teams Terry made his Chelsea debut in October 1998 aged 17. After a brief loan spell with Nottingham Forest in 2000, Terry returned to west London and established himself in the first team, making 23 starts in 2000/01.

A young Terry first took the captain’s armband for Chelsea in a match against Charlton on December 5 2001, and with Marcel Desailly out of the team, Terry rose to the rank of vice-captain for the 2003-04 season shortly after making his England debut. A year later, with Desailly retired, Terry was installed as captain at the start of the 2004-05 season, and by the end of it he was lifting the Premier League title after a record-breaking season.

The league title in 2005 was the first of five Terry won with Chelsea, along with five FA Cups, three League Cups, the Europa League and the 2011-12 Champions League. Having missed the Champions League final due to suspension, Terry famously appeared in full kit at the final whistle to take his part in the celebrations. Playing under a succession of different managers under the notoriously trigger-happy owner Roman Abramovich, Terry was the constant as he became the first man to captain a side to five Premier League titles.

Chelsea had stood by Terry through numerous controversies, not least the allegations of racial abuse towards Anton Ferdinand which saw him stripped of the England captaincy in 2012. But as he moved past the age of 32, Chelsea kept their commitment short as he signed a succession of one-year deals. In February 2016 Terry announced he would be leaving at the end of the season, but come May he signed what would be his final one-year deal with the club. Adamant he did not want to join another top-flight club and play against Chelsea, Terry joined Aston Villa, where he spent one season as a player – and club captain – before moving into coaching under manager Dean Smith.