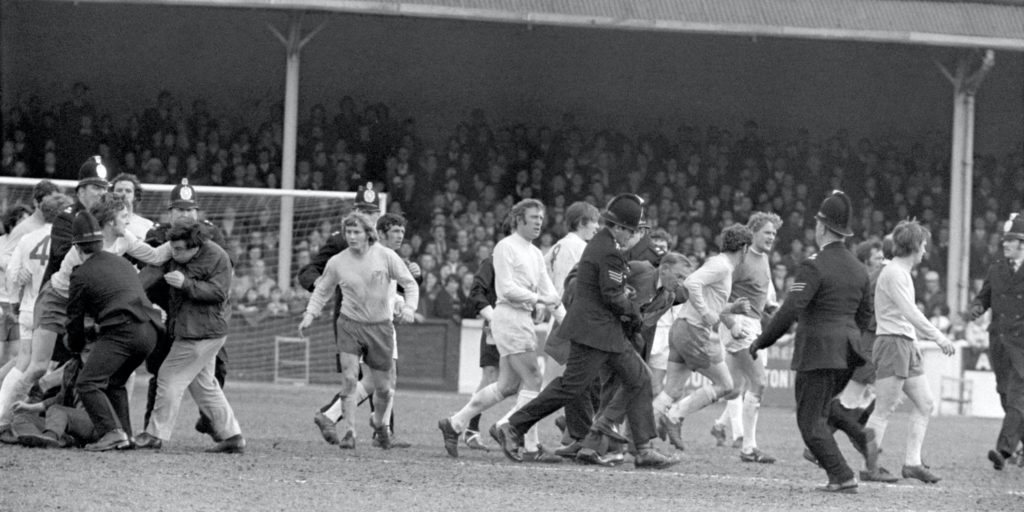 Referee Ray Tinkler’s decision not to give an offside sparked controversy at Elland Road during the 1971 title run-in.

Leeds were facing West Bromwich Albion at Elland Road on April 17 and were trailing 1-0 to a Tony Brown goal with 20 minutes remaining when the incident occurred.

Brown cut out Norman Hunter’s pass near the halfway line and broke into the Leeds half. Colin Suggett was several yards offside and the linesman raised his flag.

Brown responded by slowing down to an amble expecting the referee’s whistle to sound. Leeds players stopped too but the whistle never came.

Realising Tinkler had decided to play on Brown bore down on Leeds keeper Gary Sprake and passed to Jeff Astle, who also looked offside. Astle rolled the ball into an empty net and Leeds were staring down the barrel of a costly defeat .

Barry Davies, commentating, said: “And Leeds will go mad and they’ve every right to go mad because everybody stopped with the linesman’s flag”, before acknowledging that Leeds had played to the linesman’s flag instead of the referee’s whistle.

Tinkler was surrounded by angry Leeds players and several outraged fans invaded the pitch to protest. Police had to form a ring around Tinkler to prevent them getting to the referee.

Allan Clarke pulled a goals back for Leeds eight minutes from time but they lost 1-2 and lost ground on title rivals Arsenal. Leeds went on to win their remaining three games but Arsenal took the title by one point.

Tinkler explained post-match that he had played on because, in his opinion, Suggett was not interfering with play.

The pitch invasion had a knock-on effect for Leeds the following season too as the Football Association ordered that they had to play their first four home games on neutral grounds.