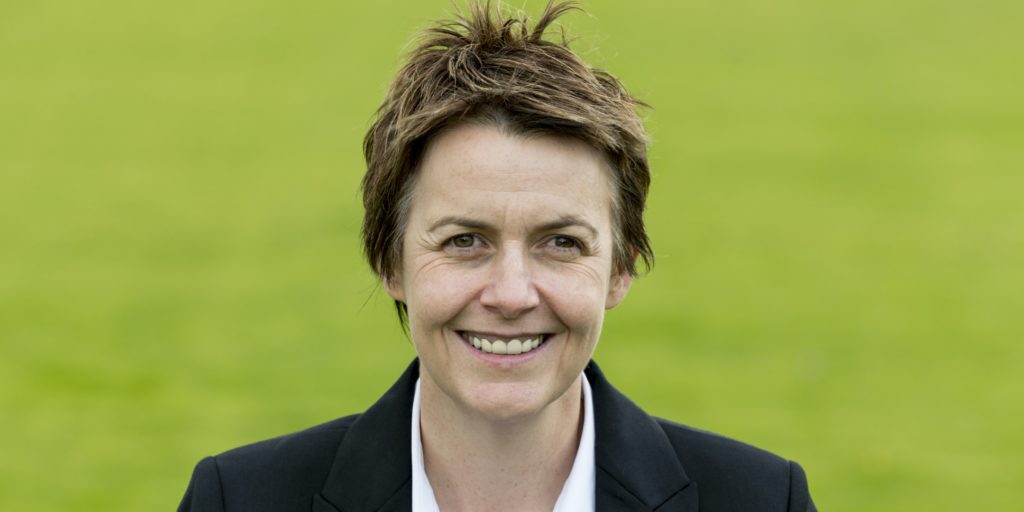 Hibs announced Dempster would concentrate on more important matters and withdrew from the group just before the task force’s first meeting on Monday.

The task force examining reconstruction of the Scottish leagues lost a high-profile member just before its first meeting as Hibernian chief executive Leeann Dempster pulled out.

Hibs announced Dempster would concentrate on more important matters – helping Scottish football get into a position to welcome back crowds.

The decision came after First Minister Nicola Sturgeon admitted there would be no chance of mass gatherings any time soon and stated some form of social-distancing would possibly be required until a Covid-19 vaccine is available, while even expressing concerns about closed-doors matches.

A brief Hibs statement on Twitter, which came just as the group was due to hold its first virtual meeting, read: “@LeeannDempster will work with other Scottish clubs on the biggest issue facing our game – to identify how and when football supporters can safely return to Scottish grounds. Leeann will take no part in the SPFL’s working party on reconstruction. “

The group was set up by the Scottish Professional Football League in the wake of the decision to terminate the three lower divisions as they stood with a view to doing the same with the Premiership if and when UEFA approves.

Gray stated on the eve of the first meeting that the aim would be to rectify a situation where clubs were negatively affected by the decision to end the season prematurely.

Partick Thistle and Stranraer were consigned to relegation by the SPFL clubs’ vote with Hearts set to follow.

Thistle’s Jacqui Low is on the committee as well as representatives from Ayr, Dundee, Morton, Airdrie, Falkirk, Raith Rovers, Queen’s Park, Cove Rangers, Edinburgh City and both the Highland and Lowland Leagues.

Livingston have thrown their weight behind plans for a long-term reconstruction after Gray expressed caution over Budge’s claims any solution should be temporary.

The Premiership club have suggested a 14-10-10-10 structure involving the Highland and Lowland League champions both getting promoted every year and two clubs getting relegated from League Two.

“We believe that permanent league reconstruction is the most progressive way forward for Scottish football as a whole,” a club statement read.

“The introduction of the Highland League and Lowland League champions every year into the SPFL will bring the total number of clubs from 42 to 44. This would have a minimal financial effect on all current SPFL clubs.

“We feel it is fundamental to the sporting integrity of Scottish Football that no club suffers the financial effects which relegation would bring, as a result of the remaining league games not being fulfilled.”