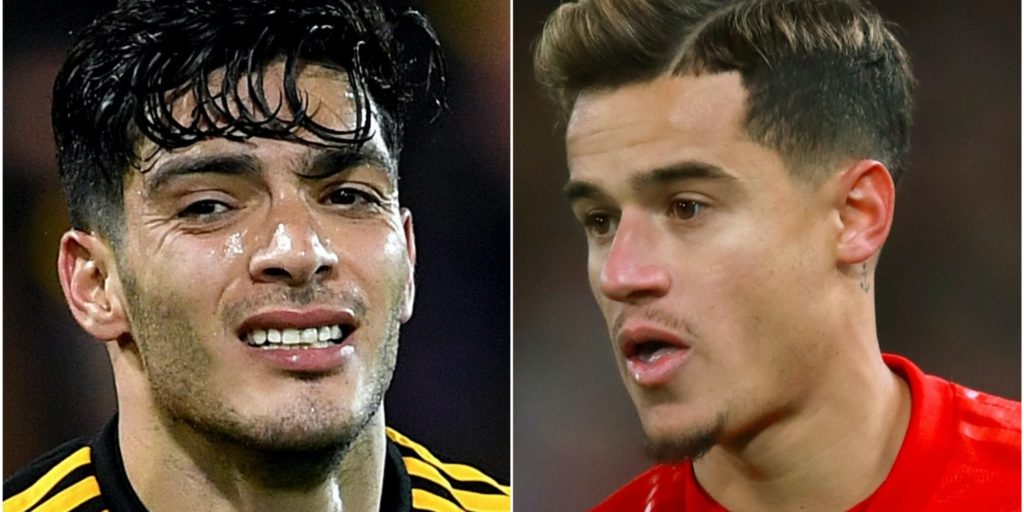 Coutinho and Jimenez are among the names being discussed on Wednesday.

Philippe Coutinho could be returning to the Premier League, reports the Sun. The Brazil midfielder spent six seasons at Liverpool before heading to Barcelona, but the paper said that Chelsea are close to agreeing a deal for the 27-year-old.

Tottenham are interested in signing Raul Jimenez from Wolves, should their striker Harry Kane leave for Manchester United, reports the Daily Star. Jose Mourinho is said to be an admirer of the Mexican who has scored 13 goals in the Premier League this season.

The ongoing saga between Real Madrid and Gareth Bale has taken another turn, with the Sun reporting that the 30-year-old is set to stay at the LaLiga side. The Welsh winger’s relationship with manager Zinedine Zidane led to speculation that Bale was on the way out of the Bernabeu.

Real Madrid are looking to bring in Fabian Ruiz from Napoli and could offer Luka Jovic as a makeweight, the Daily Mail says. Ruiz, 24, is also wanted by Manchester City.

Rumours linking Jadon Sancho and Manchester United are continuing, with the Daily Mirror reporting that the 20-year-old was on the verge of heading to Old Trafford when he left rivals City in 2017.

Jorginho: The Chelsea midfielder is looking to enter talks about a new contract, Calciomercato reports. It comes after suggestions that the 28-year-old would follow Maurizio Sarri to Juventus.

Cesc Fabregas: The former Arsenal and Chelsea player could look at moving across the Atlantic to play in Major League Soccer, says the Sun.