Jurgen Klopp says champions-in-waiting Liverpool can get even better 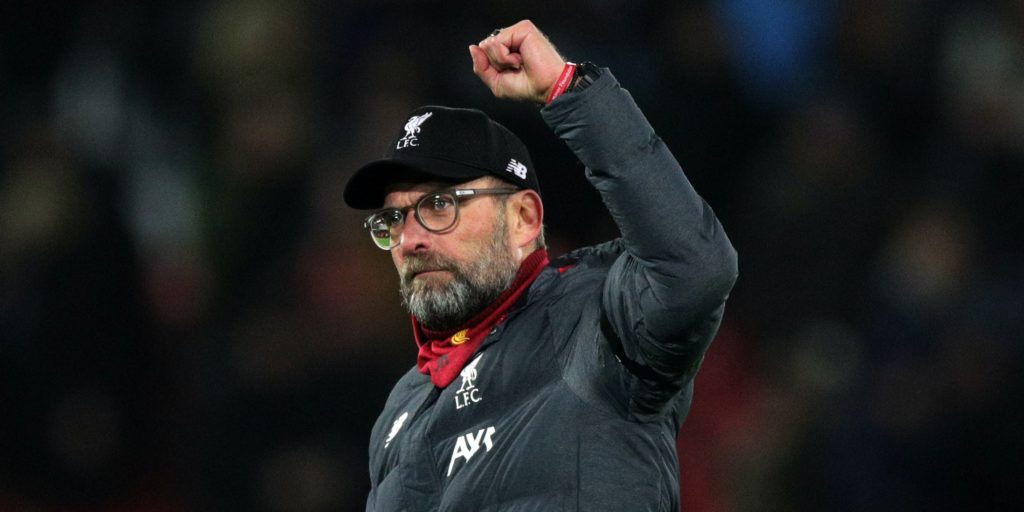 Reds were on the brink of the title when season was halted.

Liverpool manager Jurgen Klopp believes there is still room for improvement from his side despite their status as runaway Premier League leaders.

The Reds were 25 points clear of second-placed Manchester City and seemingly just a couple of weeks away from being crowned champions when football in this country was halted because of coronavirus last month.

A top-flight title would be their first in the Premier League era while they won the Champions League last season.

While he has presided over a side that has enjoyed almost unprecedented levels of dominance in recent months, Klopp insists Liverpool can get even better.

“This team is not a finished article,” Klopp told Sky Sports News. “It’s not done yet, we have a lot of space for improvement yet.

“There is fresh blood internally coming up. We can mix things through. We can improve it with this team which is really great.”

“Liverpool have got a great history but this group of players have broken all records,” said Rush. “They do need to be recognised, the standards they have set.

“They are 25 points ahead. The way Liverpool have played this season they deserve to win the Premier League. They have played entertaining football.They have taken it to a different level.”

Rush, who was speaking as he joins forces with The Football Pools to launch #ForTheNurses campaign supporting nurses impacted by COVID-19, added: “To be 25 points clear ahead of second place is an amazing deal. “

::The Football Pools has partnered with UK nursing charity, Cavell Nurses’ Trust and will donate 20 per cent of new and returning Classic Pools subscription fees to help support nurses, midwives and healthcare assistants impacted by COVID-19.