National League clubs ponder vote on whether to end the season 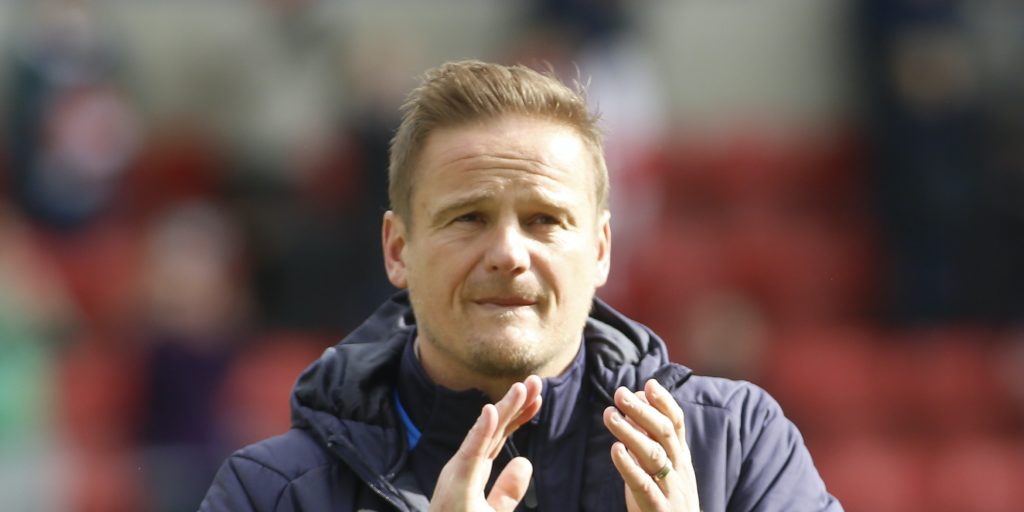 If the vote passes further polls will be held to determine the outcomes of the season.

National League clubs are voting on whether to end the season amid the coronavirus pandemic.

If the vote passes, they will be asked to help “determine the outcomes of the season” through further polls.

They have not played since March and, here, the PA news agency speaks to those at the top, middle and bottom of the division to assess the situation and the difficult decisions clubs face.

“There isn’t going to be a perfect scenario. We’ve played 80 per cent of the season and it would be an awful shame not to try to conclude it in some form because teams have worked so hard.
It’s not right to say no relegations or promotions. Is there a way of getting the economics right and then having a play-off scenario to give everyone the chance – at the top and bottom – to conclude the season?
I don’t think anyone is dragging their feet, the longer you take to make the right decision the more chance you have of getting it right. You need to work off the economics and do right by the football clubs – and that has to come first – and secondly you have say ‘where can we get the fairness right’? That is at both ends of the table.
But I’m the same as everyone, when you are seeing 800 people dying every day you do think ‘what are we going on about?'”

“Clubs have had to look at the business realities and it’s been a head v heart thing. Our heart would be ‘let’s just play the season out’ but our head says ‘we just don’t see how that is possible’.
We do feel there’s very little clarity coming from above and clubs are having to find their own way forward.
On most systems Woking would be just outside the play-offs which is disappointing but we’ve taken a step back and looked at the health of football and our league and thought ending is in the best interest of most clubs – even though there is total uncertainty as to what that means.
If we were in promotion or relegation places it would add an element to the way we were voting.
It’s not just the National League, the communication from the Premier League down has been pretty poor. The important thing for clubs is to feel they can trust the decisions being made.”

“It’s a personal opinion as it needs to be up to the board but everyone is scratching their heads trying to think of the best thing to do. The only certainty is uncertainty and the planning process is virtually impossible.
If you vote to cancel the last few games they’ll be an option list for what to do next and it would be nice to know what those are before we vote.
We’re fortunate, we’re on 50 points and mid-table so the decision which follows the resolution is unlikely to affect us but I feel for some clubs because they could vote for the resolution and, when the other options come out, not like them.
You want to play the games but if you asked clubs to play in June they wouldn’t have a big enough squad and would have to field an under-strength side. How is that fair on the clubs who are playing to avoid relegation or to get into the play-offs? It’s an unenviable situation.”

“Of all clubs of the 68 we’re one of the most affected for a number of reasons.
The world isn’t fair – we have all learned that in the last month or two – and I’m not going to argue unfairness. The outcome needs to have an impact on the fewest clubs possible.
If promotion and relegation were to remain and it was decided on points per game we would go down by 0.002 per cent and Maidenhead would come above us.
We had a poor start to the season and turned it around since Christmas. We would want to play the rest of the league because we’re one of the form sides but realistically with the world health crisis and people passing away it’s not fair to want to play those games.
The other factor is the majority of our players are 44 week so in a couple of weeks we don’t have the majority of our players. I can’t see clubs keeping their squads together until June or July.
We probably couldn’t come back and play games if we wanted to. Clubs would be asked to pay a couple of extra months over budget in a market where there’s already no revenue.”

“The National League is doing as well as it can in unprecedented circumstances. Putting it to the members is as good a way as any.
I know people want to know what the options are before we commit but there are only going to be four or five options like null and void, points per game and points per game but only promotion.
Any of the resolutions put forward about points-per-game, they all leave Maidenhead staying up, but if there’s a formula which puts us down I can guarantee we won’t take legal action. If it’s the decision of the league and carried by the members I will abide by that.
Stopping the season is the proper lead to take and I would be very proud if we voted for it.
This pandemic is way bigger than football and we should call the season to an end now because that’s doing the right thing.”