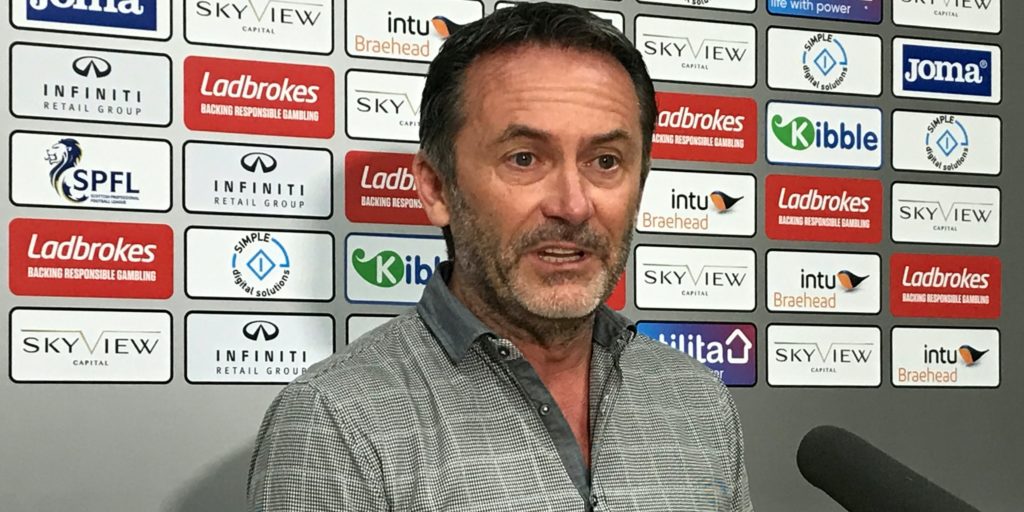 The SPFL brought the Championship, League One and League Two campaigns to a halt last week.

St Mirren chairman Gordon Scott has joined the Scottish Professional Football League Reconstruction Group following what has been described as a “positive and constructive” first meeting on Monday.

The SPFL’s resolution got the green light in controversial circumstances last week, bringing the Championship, League One and League Two campaigns to an immediate halt.

The Reconstruction Group was set up by the SPFL in the wake of the decision to terminate the three lower divisions as they stood with a view to doing the same with the Premiership if and when UEFA approves.

Hibernian chief executive Leeann Dempster pulled out of the group before the first meeting on Monday, with St Mirren confirming Scott will join ahead of members reconvening on Friday to discuss the next steps.

In a statement, the club said: “As a board we felt that we wanted to have an input into the talks taking place around the future of the SPFL and as a result chairman Gordon Scott has been added to the SPFL Reconstruction Group.

“I am sure everybody has their own ideas on what form this would take and we would be interested to hear all positive ideas on this matter.”

The Reconstruction Group is co-chaired by Hamilton chairman Les Gray and Hearts counterpart Ann Budge, with representatives from clubs in all four SPFL divisions as well as from the Highland and Lowland Leagues.

Gray said: “The first meeting was positive and constructive with a wide range of thoughts being shared across the group.

“It’s important that we now use the next few days to consider these initial discussions very carefully.

“We will reconvene on Friday with a view to developing a more focused approach that we can take forward into what I hope will be meaningful progress.”

Hearts owner Budge added: “The meeting on Monday was very enlightening and it was really interesting to hear comments from across the divisions.

“There was a broad range of opinions shared so it will be important that we find common ground moving forward.

“It was clear to me that there is an understanding that we are facing a totally unprecedented situation but I do believe the desire for change is still there.”