Home News Who is in the frame to replace Michael O’Neill as Northern Ireland manager?

Who is in the frame to replace Michael O’Neill as Northern Ireland manager? 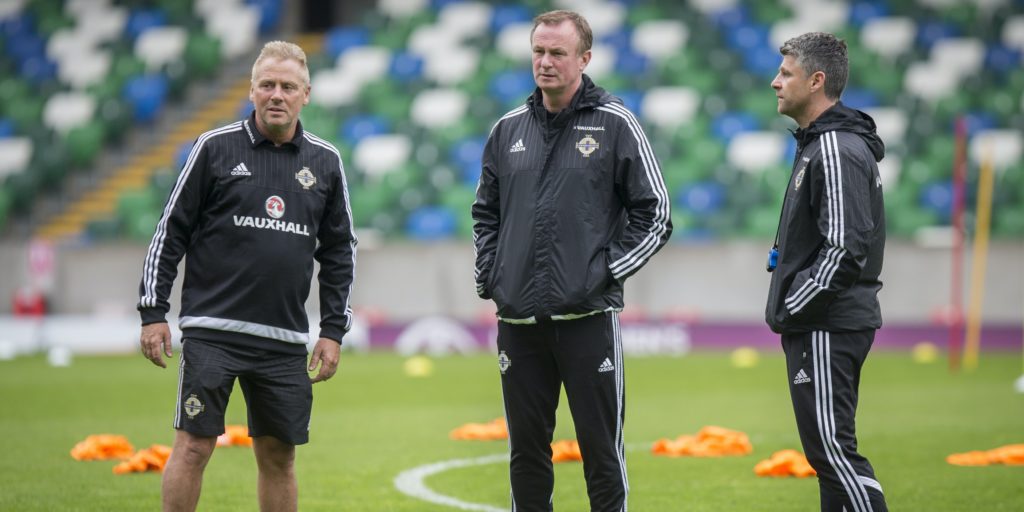 Stephen Robinson, Grant McCann and David Healy are among the contenders.

Northern Ireland are set to step up the recruitment of their next manager after Michael O’Neill’s successful eight-and-a-half-year tenure came to an end.

O’Neill’s move to Stoke in November gave the Irish Football Association a head start on that task and he has now stepped down ahead of schedule amid ongoing uncertainty over when the European Championship play-offs will take place.

Here, the PA news agency assesses some of those likely to be in the running to replace him.

The former Luton and Northern Ireland midfielder is well known to the IFA, having managed the under-21s and worked as an assistant to O’Neill. After a brief spell in charge of Oldham, the 45-year-old has impressed since taking over at Motherwell, guiding them to two cup finals in his first full season in charge and then leading them to third in the Scottish league before the pandemic struck.

Acted as goalkeeping coach in the early days of O’Neill’s tenure but left to focus on his own career as a number one with St Johnstone. The 31-times capped keeper has presided over the most successful period in the Perth club’s history, lifting the Scottish Cup in 2014 and qualifying for Europe three times. Saints will finish in the top six for the fifth time in seven years if the Scottish Premiership is declared over after 56-year-old Wright steered them out of difficulty this season.

O’Neill’s assistant would offer continuity having worked in the backroom staff since 2014 but has little managerial experience. The Scot has been working down his contract behind the scenes at Hearts after losing his first-team role when Daniel Stendel was appointed in December. The 40-year-old had six matches in caretaker charge after Craig Levein was sacked, winning one and drawing one.

Healy is Northern Ireland’s record goalscorer and key man in some of the country’s most famous results, including wins over England and Spain. Already based at Windsor Park having taken over as Linfield boss in 2015, he has delivered a handful of trophies including two league titles with the Blues sitting four points clear before the suspension of football. If overlooked for the main job, the 40-year-old may be groomed as next man in.

Wore the jersey with pride and passion between 2001 and 2012 and is now in charge at Hull, having previously coached Peterborough and Doncaster. Would be sorely tempted if approached but already has a good job in the same division O’Neill left for. The 40-year-old’s side sit one place above the Sky Bet Championship drop zone.

The Englishman is already on the payroll as under-21 manager, a position in which he has overseen shock victories over Spain and Iceland despite a paucity of playing resources. His knowledge of the next generation would be a plus but a homegrown candidate may be preferable. The former Scunthorpe boss guided Sligo Rovers to their first League of Ireland title in 35 years and then took Robinson to Motherwell as his assistant before the roles were reversed at Oldham.