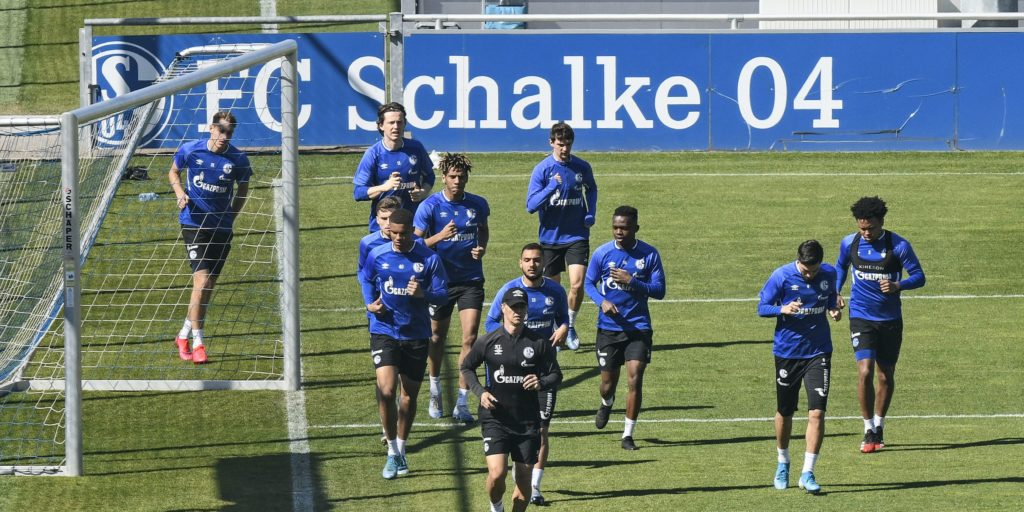 Teams in the country’s top two tiers have already returned to training.

The German Bundesliga is gearing up to resume behind closed doors in May, subject to government approval.

Teams in the country’s top two tiers have already returned to training as the country begins to relax some of its social distancing restrictions imposed to limit the spread of coronavirus.

They are now working towards completing the remainder of the 2019-20 campaign by June 30, the German Football League (DFL) said in a statement released on Thursday.

Completing the season would mean German clubs could receive scheduled payments from broadcast partners, though the DFL statement admitted that if the season cannot restart or is forced to stop again, it could lead to further economic difficulties for German football.

The return to action will be underpinned by a rigorous testing programme, in a country which has been praised for its high level of testing compared to the United Kingdom and other European countries.

The DFL headed off criticism that its planned testing programme would impinge on testing in other settings, saying what it was preparing for would account for only 0.4 per cent of overall test capacity in the country.

The DFL said it will also contribute 500,000 euros to the health ministry to increase testing volume in care homes.

Personnel inside and outside stadiums on matchdays will be “reduced to a minimum” – a maximum of 213 inside a stadium for a Bundesliga game. In addition, a further 109 would be permitted outside, including law enforcement officials.