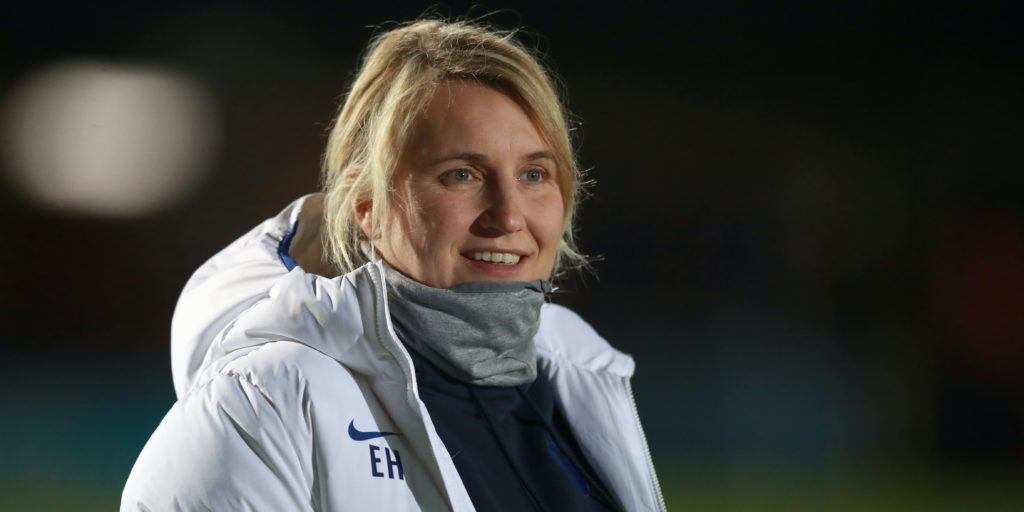 Phil Neville looks set to leave his role as England boss next summer.

Emma Hayes is honoured to be linked to the England women’s manager job but the Chelsea boss is “extremely happy” where she is.

The European Championship’s delay from 2021 to 2022 is set to be confirmed by UEFA on Thursday, when clarification from the Football Association on Lionesses boss Phil Neville is expected.

The former Manchester United, Everton and England defender looks set to leave at the end of his contract in 2021, leaving a vacancy open at the top of the women’s game.

Chelsea boss Hayes has been linked with the role but appeared to pour cold water on that talk, given her desire to drive the west Londoners forwards.

“Well, I think first of all I still have half a season to go and another full season next year to contemplate, where hopefully we qualify for Europe,” she told Sky Sports.

“It’s been no secret that I have real big ambitions to win the Champions League and I think we’ve built a team that is capable of competing for that. I’ve got a couple more pieces to finish the side off with.

“I love the day-to-day coaching and I’ve loved every minute that I’ve worked at Chelsea and I look forward to building on the work that I’ve done so far.

“Of course, it is an honour to be linked with your national team.

“At the moment I’ve probably been more considered about entering international football at some stage in my life, but right now I’m extremely happy at Chelsea.”

The latter does not have as much managerial experience as her Chelsea counterpart, but has done impressive work from a standing start at United and the 130-cap former defender was assistant to Neville before taking that post.

“Emma Hayes always gets called upon, because of the fantastic job she’s done at Chelsea, and Casey Stoney would be fantastic,” Smith said. “Manchester United fans wouldn’t like me saying that because she’s done such a good job.

“Knowing Casey well, she loves England and really took pride in every single England cap. If they came knocking, she’d find it hard to turn it down.”