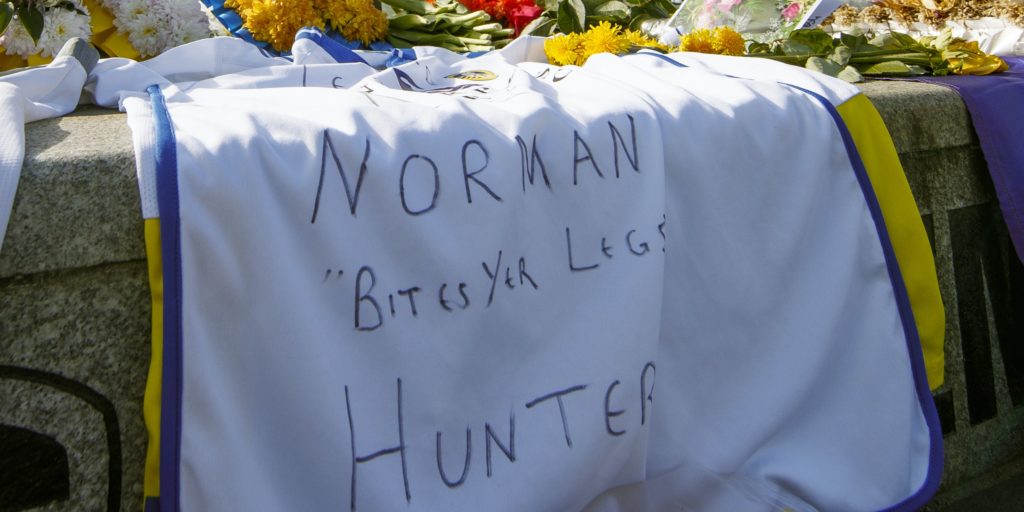 Hunter died aged 76 on April 17 after losing his battle with coronavirus.

Leeds have announced that the South Stand at Elland Road will be renamed the Norman Hunter South Stand.

Hunter died aged 76 on April 17 after losing his battle against coronavirus.

Leeds tweeted: “@LUFC are proud to announce the South Stand will be named in honour of legendary defender Norman Hunter.”

Hunter’s 14-year spell at Leeds ended in 1976, when he joined Bristol City. He finished his professional career at Barnsley in 1983, where he also served as manager between 1980 and 1984.

He had a reputation as hard-tackling defender, which earned him the nickname ‘bite yer legs’.