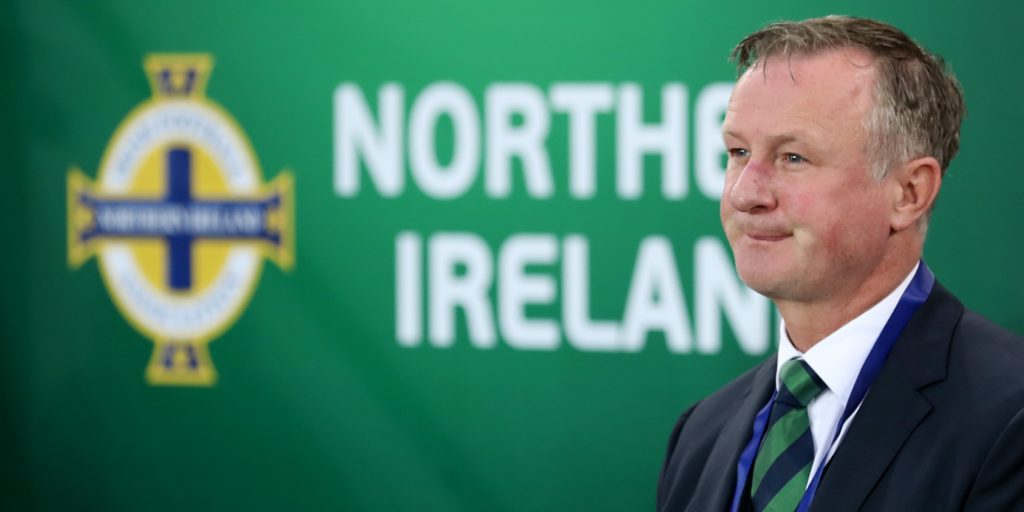 O’Neill brought the curtain down on an eight-and-a-half year reign on Wednesday.

Michael O’Neill believes Northern Ireland can continue to enjoy success after he stood down as manager of his country on Wednesday.

O’Neill, who was named Stoke boss in November, made the announcement after it emerged Northern Ireland’s Euro 2020 qualifying play-offs – due to be his final games in charge – were unlikely to be played until October due to the coronavirus pandemic.

It brought the curtain down on an eight-and-a-half year reign which saw the Green and White Army qualify for Euro 2016 – their first major tournament since the 1986 World Cup – and come close to reaching the 2018 World Cup in Russia.

With key players in the squad such as captain Steven Davis, 35, nearing the end of their international careers this could be the end of an era, but O’Neill believes his successor, whoever that may be, can build on recent achievements.

“It shouldn’t be,” O’Neill said when asked if the good times were over. “The fans play a massive part in that. The atmosphere is fantastic and everyone remarks on it. The players genuinely love going there to play.

“My message to the supporters is don’t underestimate the role that you have to play because going forward they will be needed more than ever.

Ian Baraclough, the current under-21 boss, has been installed as the bookmaker’s favourite to succeed O’Neill though others, including O’Neill’s assistant Austin McPhee and Motherwell boss Stephen Robinson, are also in the frame.

O’Neill said it would not be fair for him to get involved in choosing his successor, but said he would be only a phone call away if the new man wants advice.

“Any guidance you’d give to anyone coming into the position, I’d be more than happy to do so,” he said.

“From my point of view, I am more than happy to offer any guidance or anything else they need. They just need to pick up the phone.”

Stepping aside as Northern Ireland boss will allow O’Neill, 50, to focus fully on Stoke, where he has enjoyed a strong start – winning 10 of his 23 games in charge to lift the Potters out of the relegation zone prior to the suspension in play.

UEFA’s proposal, laid out to member nations during a video conference on Tuesday, would see the opening round of the Nations League played in September before the qualifying play-offs for the delayed Euro 2020 take place the following month.

O’Neill believes that timetable would help Northern Ireland as they adjust to a new manager.

“It would give someone more of a feel for the situation,” he said.

“I think playing competitive games in a Nations League scenario is a positive.

“I had three friendly games leading into my first competitive game and they were over almost a six-month period which wasn’t really any help, if I’m honest.

“I had so many different squads, a game in June in Holland when we had a shadow squad and didn’t learn anything from that.

“September brings competitive Nations League games and that will help whoever comes in in terms of the preparation for whatever is needed in October.”