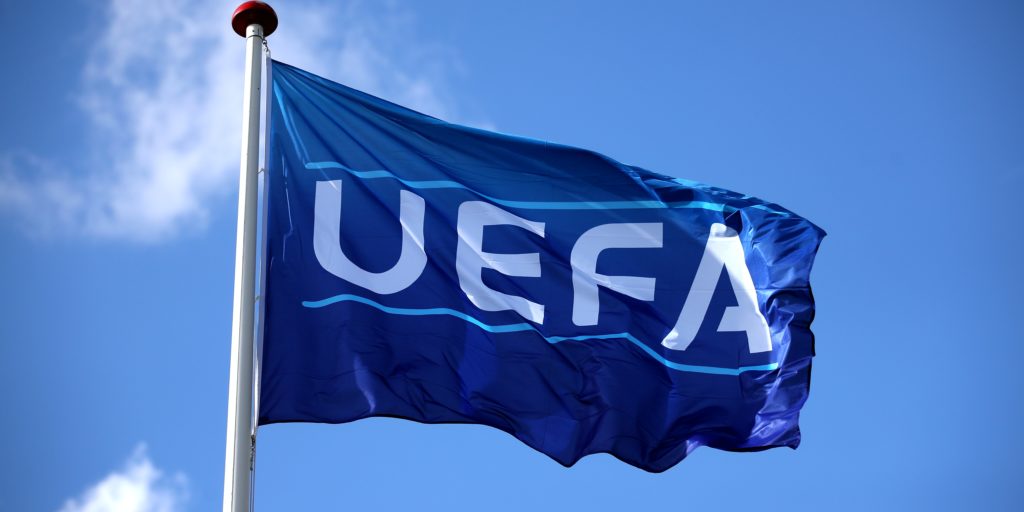 UEFA has published guidelines on what competitions should do in the event they cannot complete their seasons.

Play-offs could decide Champions League and Europa League qualification in countries across Europe should the impact of the coronavirus pandemic force domestic leagues to be cut short, UEFA has said.

The executive committee of European football’s governing body set out guidelines on Thursday for its member associations on how qualification for the 2020-21 continental competitions could be determined in those leagues unable to play the 2019-20 season to a finish.

It stated that if competitions cannot be completed in full, then the next option should be to restart “with a different format in a manner which would still facilitate clubs to qualify on sporting merit”.

It leaves it open to its associations to decide on an appropriate format, but it could mean the introduction of mini-leagues or play-offs featuring teams in the mix for Champions League or Europa League qualification.

Competitions which cannot restart at all must provide “legitimate” grounds for doing so. This would be either an order from government or other authority prohibiting sporting activity from taking place, or an insurmountable economic problem which makes finishing the season impossible, because it would threaten the long-term financial stability of a competition or its clubs.

In those circumstances, clubs must decide its European qualifiers in an “objective, transparent and non-discriminatory way”.

The Scottish Professional Football League has been afforded the right by a vote of its member clubs to conclude the Premiership season, but is consulting with clubs before making a decision.

Scotland’s First Minister Nicola Sturgeon said on Tuesday that even matches behind closed doors could be a problem, because they may lead people to congregate together in groups to watch.

UEFA’s guidelines would seem to leave the way clear for the Dutch Eredivisie season to be ended immediately after the national government prohibited any sporting activity there until at least September 1.

In neighbouring Belgium, a decision on whether or not to ratify the cancellation of its top-flight Pro League is expected on Friday.

UEFA said it would reserve the right to refuse or evaluate the admission of any team if it felt the justification for cancellation was not legitimate, or if the methods for selecting teams was not considered objective.

It also said it would examine cases where there was “a public perception of unfairness” about any individual team’s qualification.

UEFA’s guidelines also appears to place decisions on qualification via domestic cups in the hands of national associations, though it is unclear how this could be fairly decided without actually playing the remaining ties.

A medical sub-group at UEFA is working with the European Leagues umbrella group and the European Club Association to link the work already done by clubs and leagues on protocols for a safe return to training and matches in countries where government advice permits it.

It was announced on Thursday that the German Bundesliga is intending to resume action behind closed doors at some stage next month, with clubs already back in training.

In England, there is no fixed return date for the Premier League. Clubs were shown a variety of scheduling models for how the 2019-20 season could be completed at a shareholders’ meeting last Friday.

A fixtures working group set up by UEFA on March 17 is looking at two scenarios for the completion of the 2019-20 European season – playing domestic matches in parallel with Champions and Europa League matches as would happen in normal circumstances, or completing domestic matches before playing European ties in August, when there is the possibility that cross-border travel may be more feasible.

It was also decided that there would be no renaming of Euro 2020 even though the tournament has been postponed until the summer of 2021. This decision was made so that branding material already produced would not need to be destroyed.

Recommendations for rescheduling the 2021 European Under-21 Championship will be drawn up at a national teams competitions committee meeting on May 11 for executive committee approval on May 27.

UEFA also announced it was distributing almost 70 million euros’ worth of club benefit payments related to the Euro 2020 qualification programme immediately, to assist clubs struggling financially because of the Covid-19 outbreak.