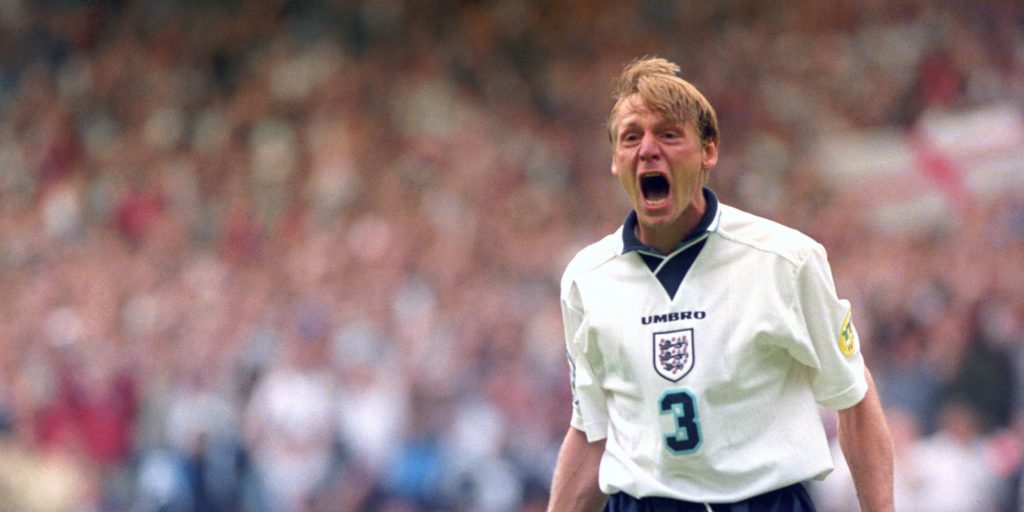 Here, the PA news agency looks at the best left-backs to play for the Three Lions.

England’s most capped full-back after 107 appearances, Cole made the position his own for over 10 years.

A committed performer with 78 caps, although crucially missed in the penalty shoot-out defeat to West Germany in the World Cup semi-final at Italia 90.

His gutsy penalty – and eye-bulging celebration – in the Euro 96 shoot-out win over Spain exorcised his demons.

He is 12th on England’s all-time appearance list having won 86 caps, scoring once.

Former Arsenal and Crystal Palace left-back Sansom played at the 1980 and 1988 European Championships while also appearing in the 1982 and 1986 World Cups.

He also played at the 1962 World Cup, helping the Three Lions to the quarter-finals, and the 1968 European Championships.

The current holder of the shirt, Leicester’s Chilwell is still a rookie compared to the others but has begun to nail down the position.

The highly-rated 23-year-old only made his senior debut in 2018 and has 11 caps but has the potential to emulate the greats.