Scott Brown wants Celtic to win title on the pitch 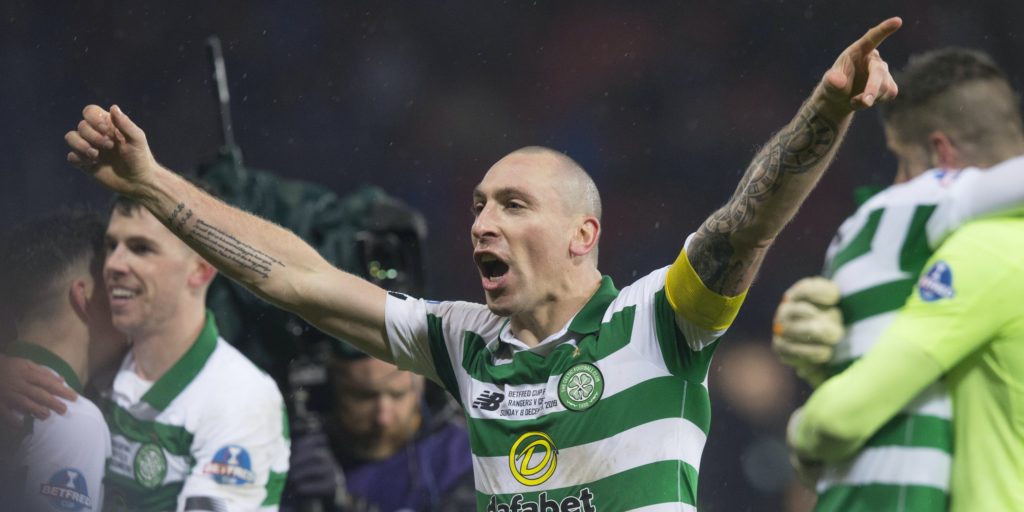 The Hoops sat 13 points clear of second-placed Rangers, who have a game in hand, before the coronavirus lockdown.

Celtic captain Scott Brown says he and his team-mates want to retain their Scottish Premiership title on the pitch as the midfielder revealed his preference for the 2019-20 season to be played to its conclusion.

The Hoops sat 13 points clear of second-placed Rangers, well on course for a record-equalling ninth consecutive top-flight crown, when the season was brought to a sudden halt last month by the coronavirus pandemic.

UEFA is committed to leagues being completed but Europe’s governing body says “special cases” will be considered, potentially paving the way for the Scottish Professional Football League to void the Premiership season.

The SPFL has been afforded the right by a vote of its members to conclude the top-flight campaign but is consulting with clubs before making a decision.

With eight games left in the season, Brown insists he would not be satisfied by matters being decided off the pitch, even though Celtic would collect the title.

“Obviously our preference is to play the games because we want finish the season. Everybody wants to play, it’s our job and what we love to do,” Brown told Sky Sports.

“We want the season to finish so we can play out all the games and we can get the trophy. We think that if we continue playing the way we were playing, we could extend our lead at the top.”

Scotland’s First Minister Nicola Sturgeon said on Tuesday that even matches behind closed doors could be a problem, because they may lead people to congregate together in groups to watch.

“It’s a terrible situation we’re in, but we’re all trying to stay as positive as we can.”